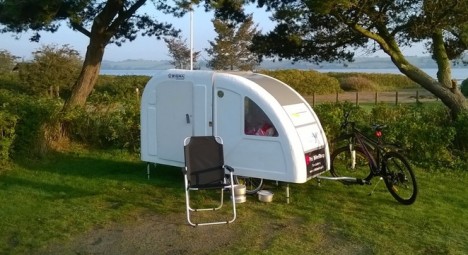 Folding up for ease of transport, this portable micro-camper looks like a great way to trave by bikel while still sleeping comfortably, but can it deliver what it promises? 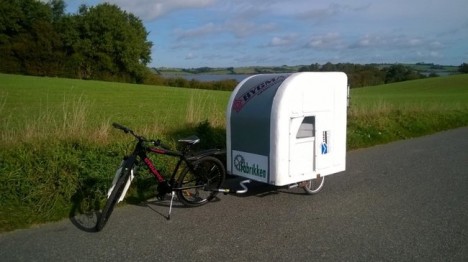 The designers of the Wide Path Camper boast its array of appealing features, including fast an easy folding, lots of storage space, a seating area that converts for sleeping, a long life and low maintenance. 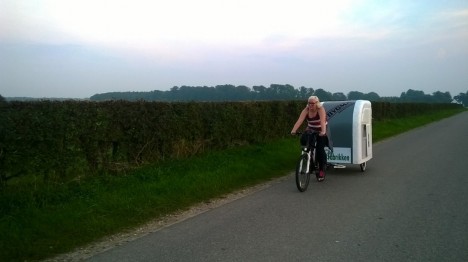 However, the shell is 88 pounds without anything loaded into it and also sits quite high, raising questions about both its weight for pulling by bike as well as its center of gravity for tipping. 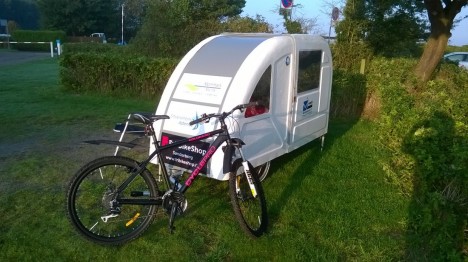 One has to wonder if, for instance, it might be better to break the design down into two parts to more easily split the load between two people, since either your companion will have to pack separately (leaving the boasted storage space empty) or one person will end up hauling everything. 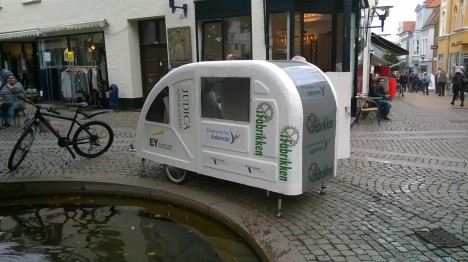 Over long distances (particularly if hills are involved) the whole thing could be quite challenging to take with you. Alternatively, perhaps the included solar cells could somehow provide power for the camper (which would presumably need tail lights anyway) and help ease the journey. That, or maybe in the end this isn’t built for bikes but for electric vehicles like scooters or motorcycles of some kind. Alternatively, at the other extreme, the best way to use it may just be for urban camping with people towing it while walking to their desired destination.

See more in Mods & Custom or under Transportation. January, 2015.