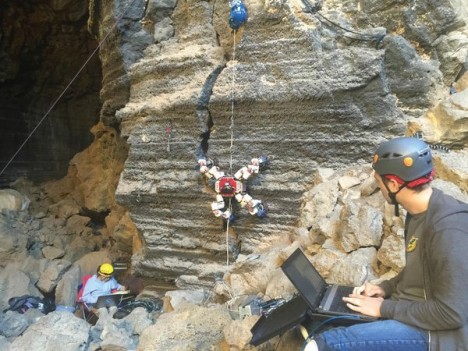 Interplanetary spelunking sounds like a luxury sport, but for scientists it can open up whole new worlds of discovery if robots can be programmed and designed to go cave diving on other planets.

One particular“robot called LEMUR, short for Limbed Excursion Mechanical Utility Robot, is designed to climb the porous walls of a cave 150 million miles away, on Mars.” This agile robot is intended to creep into crevices on extraterrestrial surfaces, including asteroids and the moon. 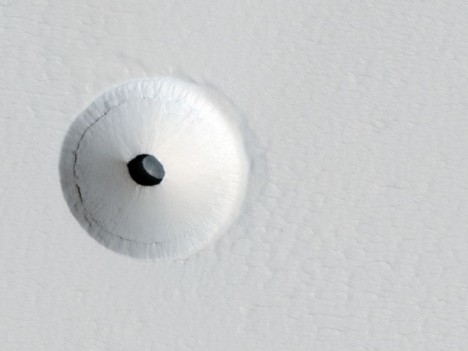 “Why explore extraterrestrial caves? Partly for the same reasons scientists venture into caves on Earth. They’re protected from weather and (on other worlds) from meteoric bombardment, so their geological formations serve as frozen records of the planet’s past. Then there’s the life question. Liquid water on Mars is likely to exist underground, at depths where ice is melted by warmth from the planet’s interior.”

A robot equipped to handle caves can also navigate complex surfaces, obviating the need for wheels and overcoming difficult terrain. More about the bot: “LEMUR climbs walls in much the same way cockroaches do, gripping the surface with hundreds of tiny microspines in the pads of its paw-like feet (early designs were inspired by conversations with entomologists). For the time being, its pace is more like that of a sloth, as it makes sure every grip is a secure one. “

See more in Robotics or under Technology. September, 2016.