10,000+ Subscribers
Flush & Fuel: Drivers Can Gas Up at Sewage Plants in Japan 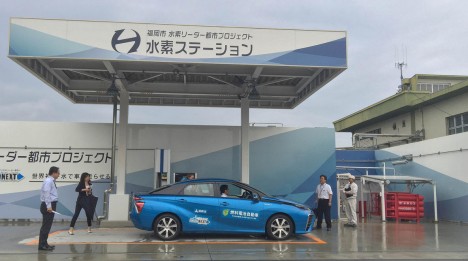 Japanese drivers can now drive up to sewage treatment centers and fill up their rides with biogas-based hyrodgen, thanks to a new toilet-to-tank initiative, the first of its kind in the world.

The methane and carbon dioxide piped into the first operational plant (more in the works) are being turned into usable fuel thanks to a grant from the government of Japan. The first such station is open for 12 hours a day, a prototype for a more expansive program. Landfills, animal manure and industrial facilities could all help in the effort to generate more hydrogen for the country’s cars. 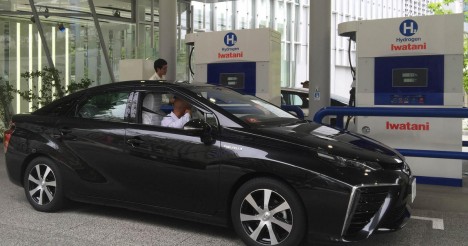 The government, meanwhile, is also pushing hydrogen-powered cars with fuel cell subsidies, which Toyota and other manufacturers are using as incentives to ramp up production. “After years of chicken-and-egg debate about which should come first, the cars or the stations to support them, the numbers of both are mushrooming.”

“Japan now has about 80 stations operating, and Germany has 50. In California, 20 retail hydrogen stations are now open, making it possible to drive from the Mexican border to far Northern California, and another 16 are slated to come online this year, according to the California Fuel Cell Partnership.”

See more in Energy & Power or under Science. September, 2016.