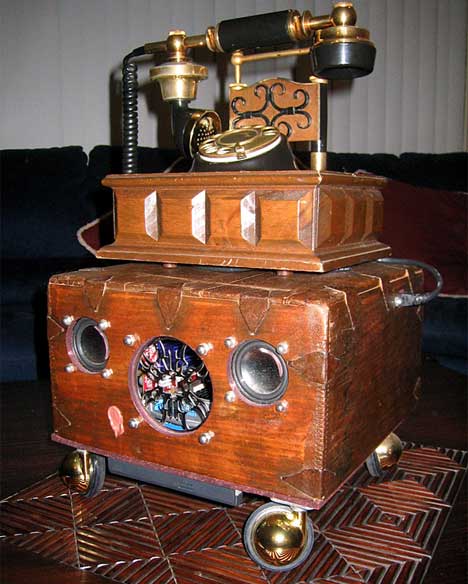 Are you tired of your computer and its accessories looking all plastic and modern? Apparently, you’re not alone. Computer modder extraordinaire Envador was contracted by Intel to put together a retro mod with a very modern flair. The finished computer is fully functional and even includes voice chat abilities through its integrated telephone handset. 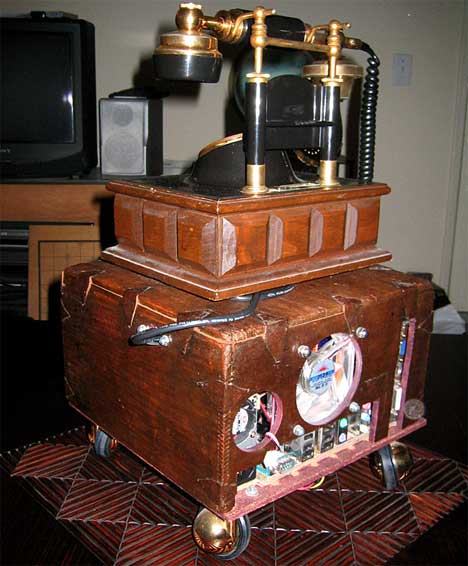 The box used in the mod is a vintage 1930s or 1940s grain import box. The wad of stuff on the front that looks like gum is actually the original wax inspection seal placed on the box when it entered the US. The telephone is also a genuine vintage piece from around the 1960s, and its original mechanical switches were kept in place for this project. When a voice chat is initiated, you simply pick up the receiver and the computer’s audio is re-routed from the speakers to the phone.

The Dialup PC was made in 2004 and is clearly a masterpiece of case modding. Putting a thoroughly modern piece of equipment into a very retro case is a sure-fire way to draw attention to a mod. The PC is Skype, MSN and Google Talk-ready…though if you used it to chat, we expect you’d have to integrate a webcam to give the person you’re chatting with the full effect of your awesome computer.

See more in Computers or under Gadgets. March, 2010.