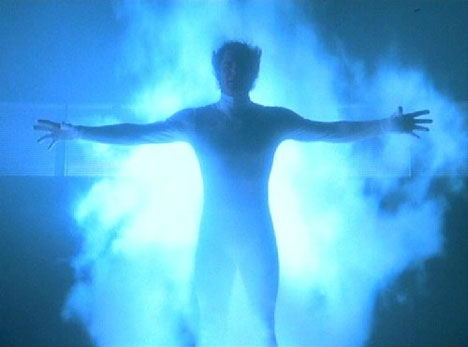 We may not be able to send scientists gallivanting around in time to right the wrongs of the past (yet), but physicists at the University of Queensland in Australia have discovered that the peculiar quantum phenomenon of entanglement applies not only through space, but through time as well. Entanglement, famously referred to as “spooky” by Einstein, is the quantum property that involves two or more particles so closely linked that any changes to one also occur in the other(s). 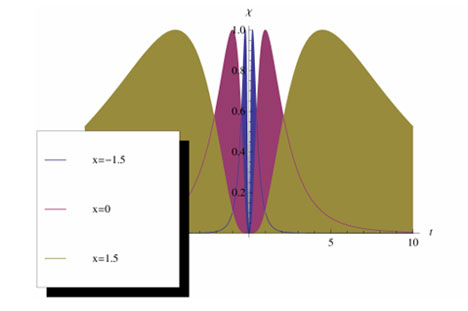 The Queensland physicists believe that thinking about the universe as consisting of one dimension of space and one dimension of time can begin to demonstrate how entangled atoms can span time as well as space. Looking at the above graph, the x-axis represents spatial dimension and the y-axis represents time. If two particles are present on the x-axis, their representations of the “past” and “future” on the y-axis will overlap – meaning that the particles could have interacted in the past and could interact again in the future, but only in the areas where the “past” and “future” representations overlap. In essence, the physicists are saying what anyone familiar with quantum theory already knows: entanglement transcends both physical space and the human measures of time. 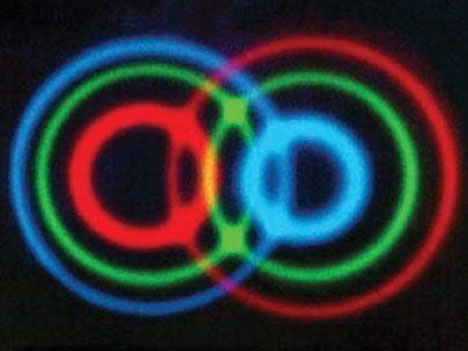 However, the Queensland research indicates that it is possible to travel from the present to the future without traveling through the time in between the two – possible for a particle, anyway. According ot the researchers, the future detection of the qubit must line up with its creation in the past. The example given by the researchers is “if the past detector was active at a quarter to 12:00, then the future detector must wait to become active at precisely a quarter past 12:00 in order to achieve entanglement.” Thanks to this peculiarity, the researchers are calling their research “teleportation in time.” Because spatial teleportation is almost a routine practice in labs today, it’s only a matter of time before scientists start tinkering with sending particles into the future.

See more in Quantum Leaps or under Science. January, 2011.