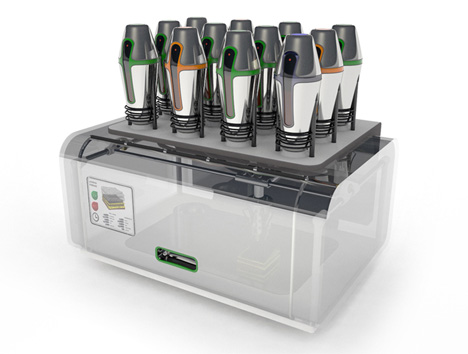 Not everyone can be a gourmet chef, but we all still need to eat, right? What that means for most culinary-challenged people is lots and lost of fast food. But in the future, maybe you’ll be able to give the drive-through a rest and get a healthy, delicious meal in your kitchen with just a few button presses. No, we’re not predicting pizza delivery – we’re talking about high-tech food printers. Just like 3D printers, which have quickly gone from sci-fi to reality and now to almost mundane, the 3D food printer may soon become an everyday sight in kitchens. 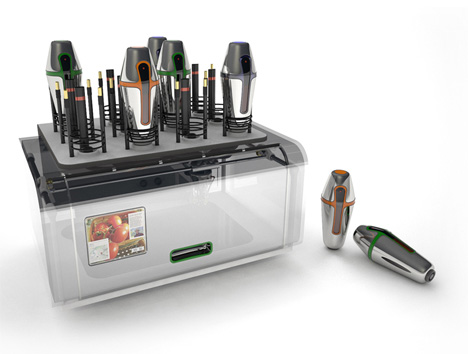 There are actually several designs being developed right now, but this one, called Cornucopia, is from MIT grad students Marcelo Coehlo and Amit Zoran. The contraption works by storing and cooling a variety of ingredients in the containers on top. When the user initiates meal-making, the machine goes to work combining ingredients layer by layer, then heating or cooling them in the chamber below. According to its creators, the machine can produce textures and flavors that wouldn’t be possible through traditional cooking. 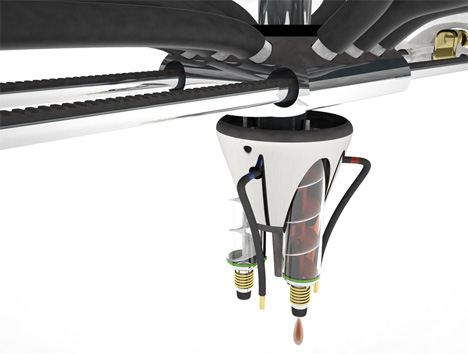 A big part of the design is the health factor. Ultimately, the user controls the quality and origins of the ingredients but doesn’t have to learn the fine art of preparing the food. Users can customize foods and entire meals based on parameters like calories, carbohydrates or fat content. For those of us who want to eat healthier but are a bit lost in the kitchen, being able to effortlessly prepare a nutritious meal could be life-changing. 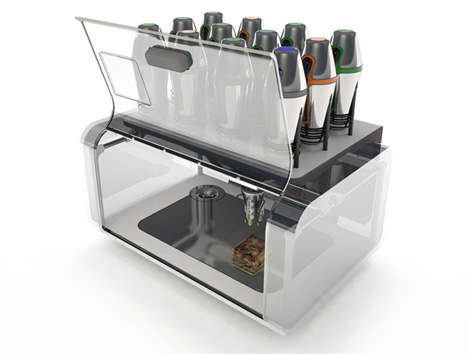 The designers have included a user-friendly interface that has intuitive controls and allows for a large degree of customization. The machine is even smart enough to know when a particular ingredient is running low and automatically order more. If all of this sounds a little far-fetched right now, maybe it’s because this is an entirely new direction for food preparation that hasn’t yet been explored, either in real life or even in science fiction. But it’s not only possible – it actually seems likely, given the success of 3D object printers.