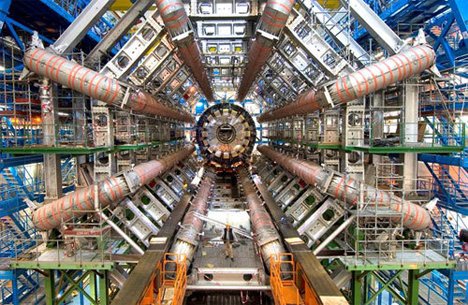 At first, it was disappointing. Then it was weird. And now, it’s just plain crazy. The catastrophes, large and small, which have prevented the Large Hadron Collider from doing what it’s supposed to do are still stacking up. This time, an errant piece of bread was responsible for stalling the long-awaited re-firing of the LHC. No, seriously. We were halfway joking about that whole self-destructive time travel thing before, but it’s starting to look more and more plausible every day. If something as simple as a clumsy bird with a piece of bread can bring it down, maybe there’s a reason this particle-smashing business isn’t going as planned. 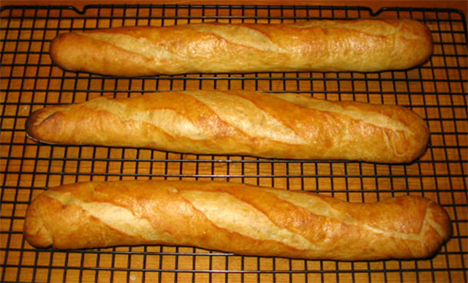 To recap, the history of bizarre mishaps plauging CERN’s Large Hadron Collider: in 2005, a technician was killed by a crane during construction of the underground LHC tunnel. In 2007, a magnet support broke during a test. In 2008, a faulty connection between two magnets caused the massive machine to shut down again. In 2009, two vacuum leaks postponed the do-over date yet again. Also in 2009, one of the scientists working on the project was arrested for alleged terrorism ties. And now, a piece of wayward crusty bread somehow made its way onto a high-energy electrical connection inside one of the buildings on the heavily-guarded and fenced property in the Swiss countryside. The scientists believe it was dropped there by a bird – “either that or it was thrown out of a passing aeroplane,” according to a CERN spokeswoman. We hate to say it, but if these truly weird coincidences continue we’re going to have to start siding with Team Crazy Doomsdayers.