10,000+ Subscribers
Large Hadron Collider Sabotaging Itself From the Future? 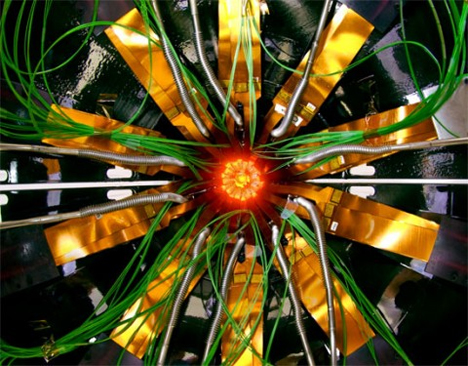 The weeks leading up to the activation of the Large Hadron Collider were vaguely reminiscent of the days leading up to Y2K: fear abounded about the end of the world. But, like Y2K, the first run of the LHC came and went with no catastrophes. A black hole didn’t suddenly form and swallow the planet, much to the surprise of many doomsday belivers. The operation of the LHC hasn’t exactly gone according to schedule since then, though. A problem with the particle accelerator’s superconductor magnets forced it to be temporarily shut down on September 19, 2008, just nine days after it was turned on for the first time. In fact, the LHC’s short existence has been fraught with problems ranging from random breakdowns to explosions to vacuum leaks to the arrest of one of the scientists due to alleged terrorism. 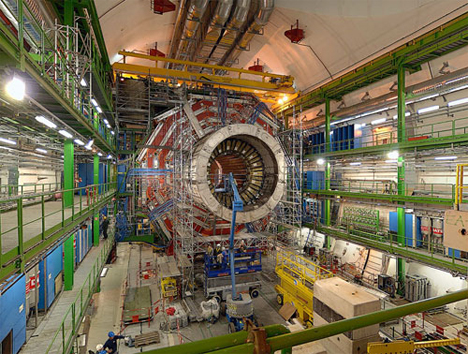 Most people look at the mishaps of the multi-billion dollar project as nothing more than coincidence. The project is, after all, about 30 years in the making. It’s bound to run into problems now and then. But some respected members of the scientific community are now wondering if there’s more to these setbacks than mere chance. The LHC was built, in part, to create the elusive Higgs boson particle; a particle which some scientists feel could be “abhorrent to nature.” According to Holger Bech Nielsen (of the Niels Bohr Institute, Stockholm) and Masao Ninomiya (of the Yukawa Institute for Theoretical Physics, Kyoto), that abhorrence could be causing nature, God, or the LHC itself to sabotage the project – from the future. 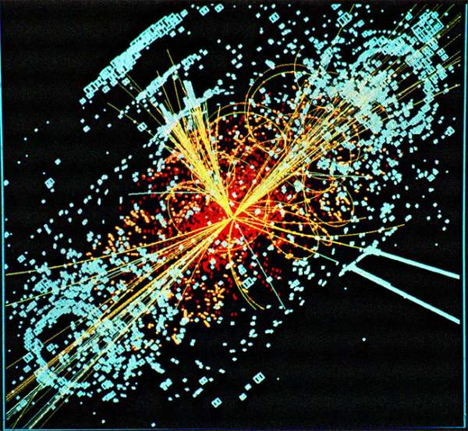 Sounds crazy, right? The mathematical theory put forth by the scientists claims that, if the LHC were able to create the Higgs boson particle (simulated image above) in the future and it had catastrophic consequences, the discovery would basically send out shockwaves into the past. The shockwaves would effectively seek to cripple the LHC and make the discovery impossible. While this theory would be dismissed out of hand coming from just about anyone else, it does warrant a second look when it comes from a scientist of Nielsen’s standing. 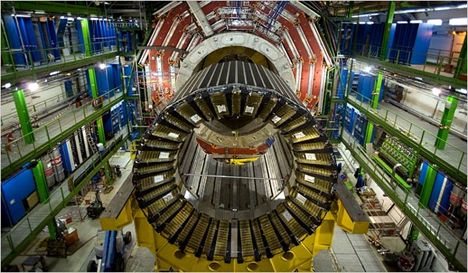 Since part of the LHC’s mission is to investigate additional dimensions of space/time, it kind of makes sense to pay attention to an idea that incorporates as-yet undiscovered elements of space and time. However, since we haven’t yet confirmed that any type of time travel is possible, most people are finding this self-sabotage theory hard to swallow. If it’s right, though, the LHC won’t succeed in its mission no matter how many times the scientists at CERN try.

See more in Quantum Leaps or under Science. October, 2009.