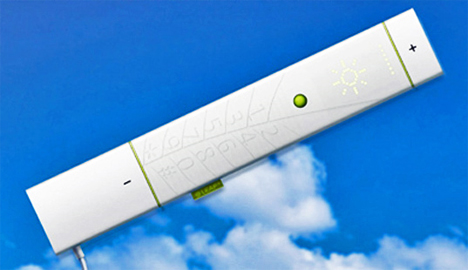 It’s pretty much bananas how much stuff cell phones can do these days. Some of them have almost eliminated the need for laptops. But maybe we’ve been taking cell phone technology in the wrong direction. Maybe instead of adding more bells and whistles, we should be figuring out how to make our cell phone addiction a little more environmentally friendly. The Leaf phone was designed to do just that. 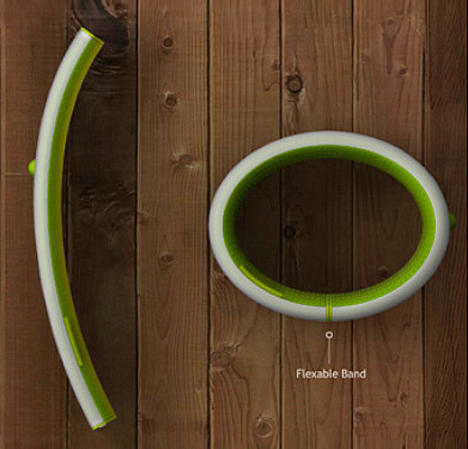 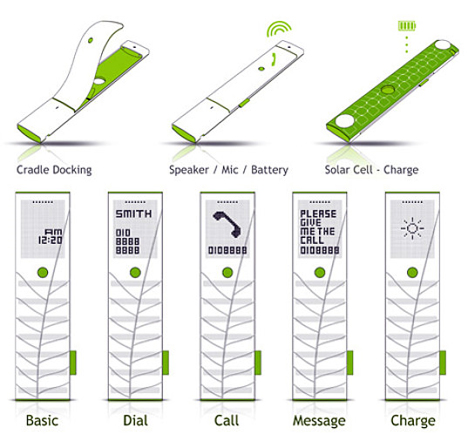 Traditional cell phones, of course, have to be charged with a charger that plugs into the wall. The Leaf phone charges via solar cells while you’re going about your daily routine. Its flexible design and magnet closure let you wear it as a bracelet when it’s not in use, then simply unroll it to talk. When you’re not on the go, just plug the phone into its solar-powered dock to charge. On cloudy days when the solar power just isn’t cutting it, you can also plug it into a traditional wall-plug charger. 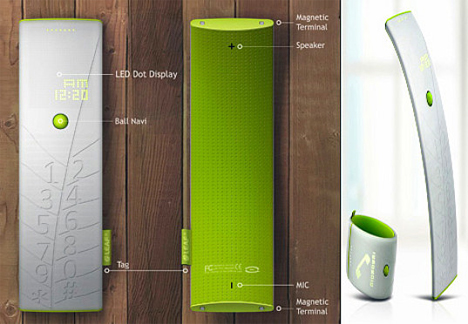 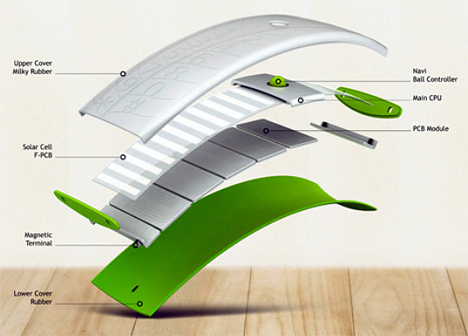 It may not have all of the applications and games of most other phones, but it still makes and receives calls and texts. Its design was based on photosynthesis, and the designers, Seungkyun Woo & Junyi Heo, have said that they want the phone to remind users that we can all do a little something to contribute to energy efficiency.