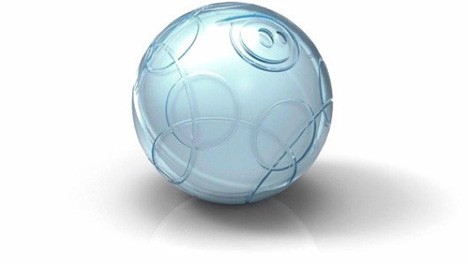 Now that we can control our DVRs, cars and home security systems via smartphone, it’s about time we got started on something serious, like robotic balls. A start-up called Orbotix is introducing a Bluetooth-controlled robotic ball called Sphero. It may sound like a silly concept at first, but the video below proves that the team has developed a truly sensational navigational interface.

The team behind Orbotix point out that the open API means developers can come up with their own apps and games for one Sphero or for a group of them. With an expected commercial release of late 2011, office Sphero battles are only a matter of months away. And because they’re a couple of super-smart guys, the Orbotix team also plans to put their brainpower toward creating some more practical applications for their technology in the near future.

See more in Robotics or under Technology. June, 2011.