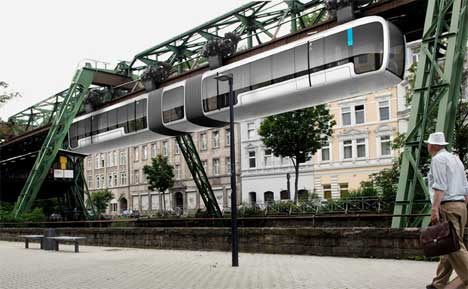 As anyone who’s ever ridden the trains in a new city or country can attest to, public transportation can be confusing and even a little scary. The Schwebebahn concept train from designer Andrea Schoellgen of the Netherlands would help to ease the confusion that often comes from not being familiar with where you are or where you’re going. Meant to be a much more user-friendly train system, the Schwebebahn would contain interactive information screens conveniently placed throughout each cabin, allowing passengers to get real-time information about the train’s route and any delays. 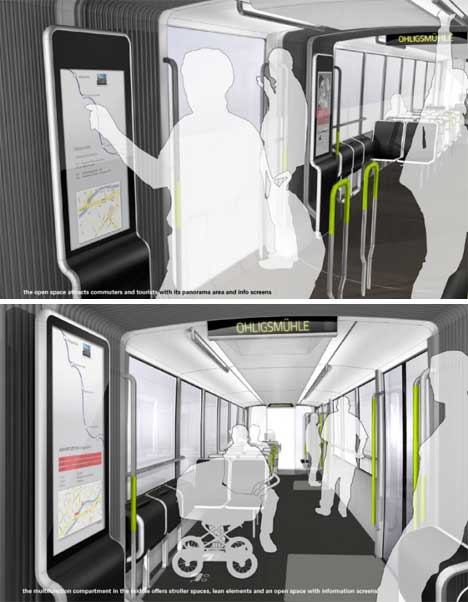 The train concept could also help to free up space for pedestrians and make streets just a little safer. The train is a suspended elevated monorail, rising high above the city streets to take commuters to their destinations. Suspended trains do away with dangerous tracks in favor of overhead rails. 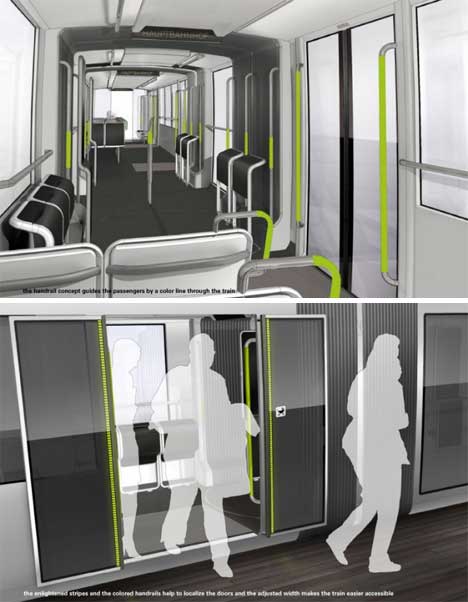 The train’s design would also incorporate several other user-friendly characteristics. Lighted handrails and doors, wider doorways and stroller compartments in the middle of cars would make it safer and easier for commuters to ride the train to wherever they need to go. In each car there is an open space to encourage visitors and tourists to congregate and get information on the area. Of course, we all know that when the train gets crowded those wide-open spaces will feel just as claustrophobic as every other part of the car, so hopefully there are enough lighted handrails to go around.

See more in Mass Transit or under Transportation. February, 2010.