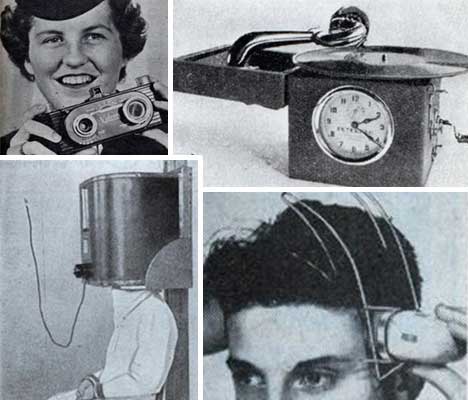 As technology evolves, there are bound to be some bumps in the road; some gadgets which seem like a great idea at the time, but are eventually revealed to be epic flops. These four antique gadgets were at the cutting edge of technology when they were released, but never quite managed to become household names. 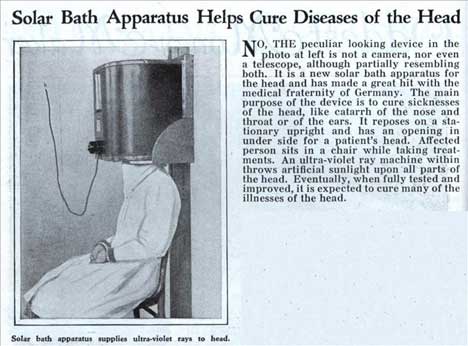 What better cure for the common head cold than a healthy dose of radiation? This scary-looking apparatus enclosed the head in a metal drum and doused it with ultra-violet rays. The Solar Bath Apparatus was meant to clear up catarrh of the ears, nose and throat, along with other head-related illnesses. 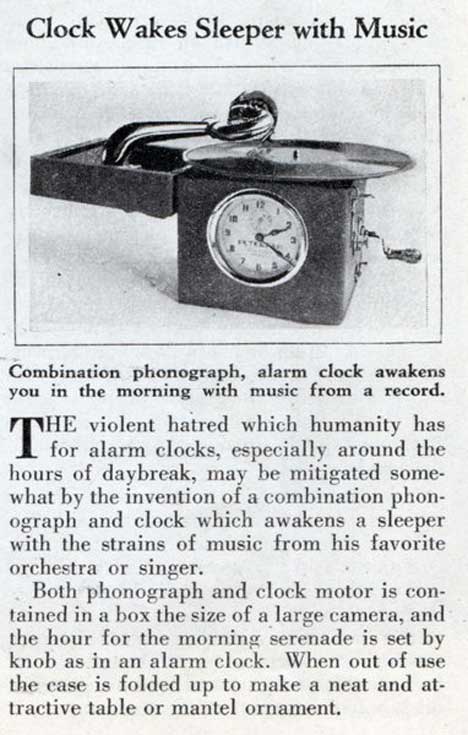 Nobody likes waking up to the beeping or buzzing alarm clock, so some clever inventor decided to rig an alarm clock with a phonograph. Obviously, the phonograph wasn’t fated to enjoy a long and healthy life, and it fell out of use before the phonograph alarm clock really took off. The concept itself wasn’t exactly a complete failure, though – many of us wake up today to a CD in the alarm clock. 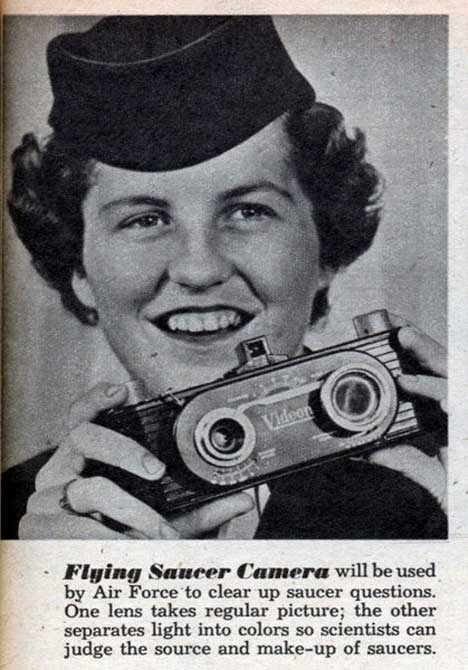 In the 1950s, UFO sightings were being reported at a frenzied pace. In an attempt to weed out the obvious fakes, the Flying Saucer Camera was developed. One of its lenses took a normal picture, and the other separated the light in the picture into individual colors. The separation allowed authorities to easily discern the origins of the UFO in the photograph. 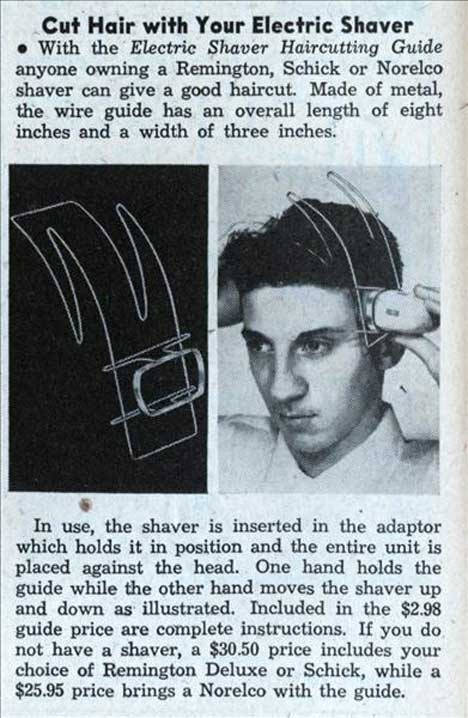 For the fancy but cash-strapped gentleman, the Electric Shaver Haircutting Guide allowed owners of electric hair clippers to cut their own hair. The metal guide was basically a single piece of wire bent in several places which the user held against his head to guide the clippers.

See more in Epic Failures or under Vintage & Retro. February, 2010.