10,000+ Subscribers
Not Quite Apple: Russia’s Answer to the Cutting-Edge iPad 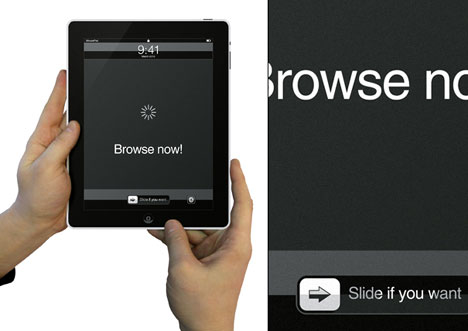 When the iPad was released in a handful of countries, the lines at Apple stores were unbelievably long. As popular as the device has been, it still hasn’t been released in all parts of the world. For hardcore geeks, that obviously a big problem. Russian designers DarkDesignGroup weren’t going to take this injustice lying down. They created their own parody version of the iPad: the iMousePad. 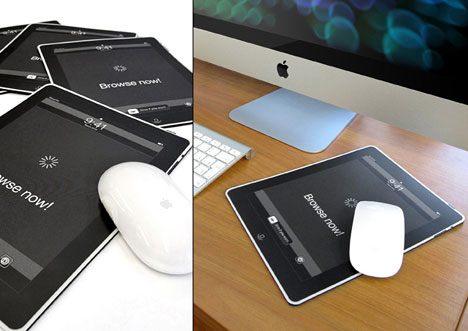 The (conceptual) mouse pad is the size of an actual iPad, but obviously without the functionality. With a graphic on the face that looks like the display of an iPad, the iMousePad lets you pretend that you have the most cutting-edge handheld gadget…even if you’re still patiently waiting for the real thing.

See more in Various Gizmos or under Gadgets. June, 2010.