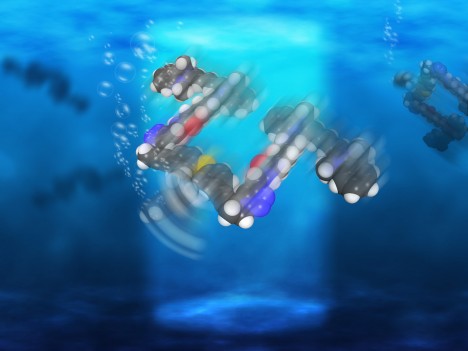 Just a few hundred atoms in size, this ultra-tiny submarine measures distances in nanometers and uses light to drive it forward – despite its diminutive dimensions, it has a remarkable top speed of one inch per second, making the sub “the fastest-moving molecules ever seen in solution.” 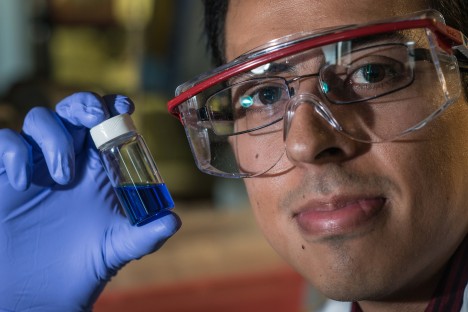 While the entertainment value and wow-factors exist as well, there are also many potential serious and world-changing applications being explored, from organic nanobots to medical delivery systems. 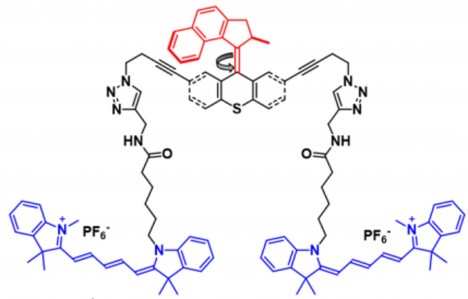 “Each of the single-molecule, 244-atom submersibles built in the Rice University lab of chemist James Tour has a motor powered by ultraviolet light. With each full revolution, the motor’s tail-like propeller moves the sub forward 18 nanometers.” 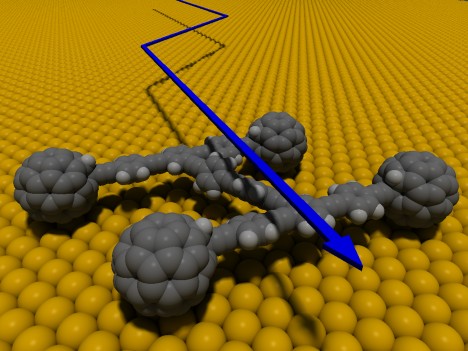 Tour’s group has worked a lot with molecular micro-machines; his lab introduced the world to nanocars, single-molecule cars with four wheels, axles and independent suspensions that could be “driven” across surfaces. Assembling at this scale, the material inputs are small but the distances and forces in play relatively huge, opening up a world of tiny possibilities.

See more in Weird Science or under Science. November, 2015.