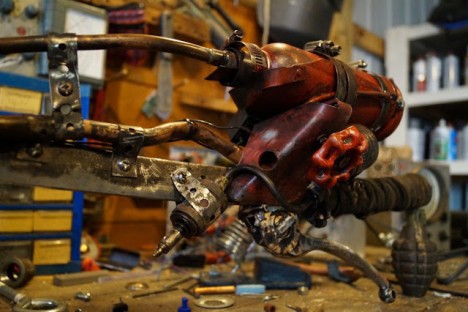 While many players of the freshly-released Fallout 4 video game, set in post-apocalyptic Boston, are no doubt still wandering the digital wastelands, one creative fan has created a real working version of one favorite weapon: the flaming Shishkebab sword.

Game users can find this wonderful toy or make a do-it-yourself version from lawnmower, motorcycle and other scrapped parts. Like the virtual version, the real deal can be set aflame as shown in the video below.

Caleb Craft posted his work to Make, basing it on the game as well as concept art created by its makers. “There was one weapon in particular from the Fallout video game series that caught my eye. It was a flaming sword called a shishkebab.” 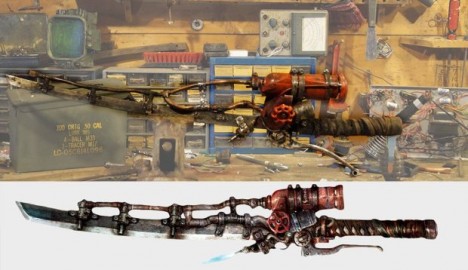 “Fashioned out of hammered lawnmower blades, a gas tank from a motorcycle, and other miscellaneous parts, this thing will ignite any monster you slash. I thought it would be a really fun build.”