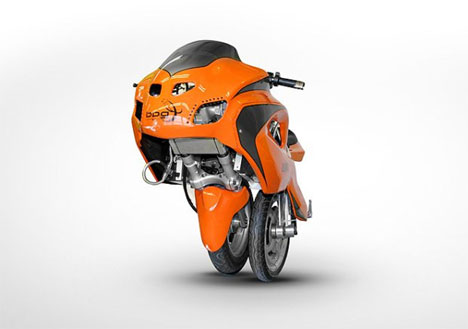 As urban areas become ever-more congested, air pollution is an increasing concern for everyone. Benjamin Gulak was inspired upon visiting China and decided to create an electric vehicle that was incredibly agile, flexible and cool enough that people would actually want to ride it. He came up with the Uno: a motorcycle that magically transforms into a scooter, making it appropriate for a number of urban settings. 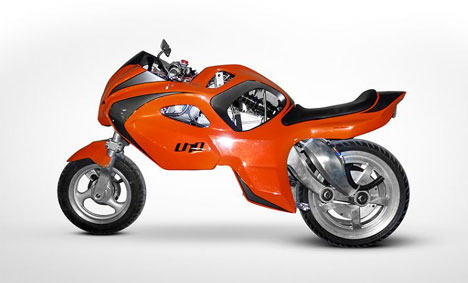 The Uno is the world’s first transforming motorcycle that goes from three wheels to two and back again with relative ease. At lower speeds the Uno III, the latest iteration of the design, sports two wheels that allow incredible maneuverability. At higher speeds, the two rear wheels move apart and the third wheel drops down, creating a stable motorcycle that can take you anywhere. 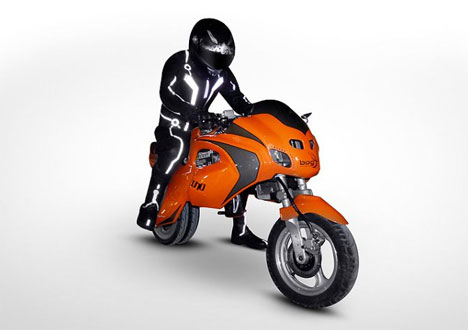 When in its smaller form, the Uno is compact enough to fit into an elevator and be stored in an apartment. Because it’s totally electric, there are no worries about making your apartment stink of gasoline and engine fumes. 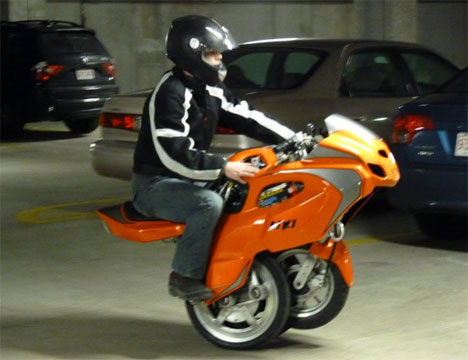 Although it looks less than totally stable, the Uno contains gyroscopic stabilization technology – the same technology that keeps Segways upright. The Uno can bank safely to either side, and since the vehicle drives just like a traditional motorcycle the learning curve would be minimal.

See more in Bikes & Cycles or under Transportation. January, 2011.