10,000+ Subscribers
You Oughta Be in Pictures: Phone Uses Scribbles to Dial 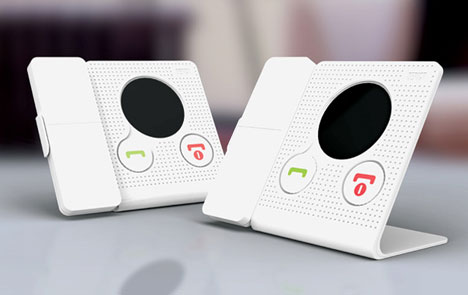 While technology has been evolving at a dizzying pace, there have been plenty of people left in the past because they just can’t seem to grasp the new generations of gadgets. This phone concept, the Depict Phone from designer Jang Jaeho, is aimed at those people who haven’t quite learned the finer points of contact lists or speed dialing – and who can’t seem to memorize the numbers they dial most frequently. 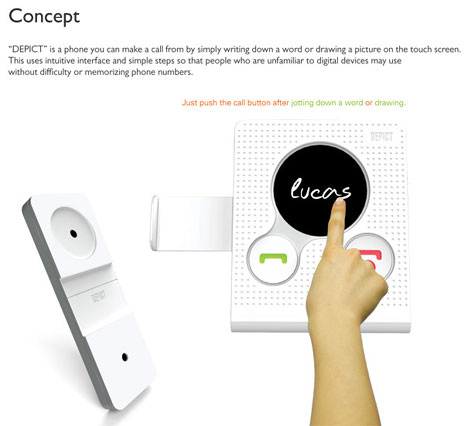 As the name suggests, the Depict Phone uses pictures rather than numbers to dial all of your favorite people. The large touch screen in the center allows users to scrawl a name or picture with a single finger. The phone recognizes the doodle or word and dials the person associated with it in the phone’s database. Of course, the user will have to understand enough about technology to program the appropriate scrawls and phone numbers in the first place. But after that, dialing numbers would be simple. 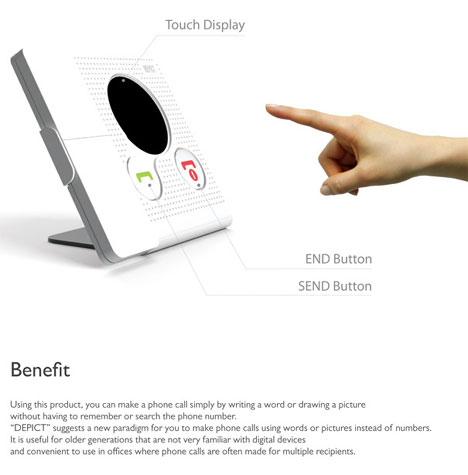 The fun concept is unlikely to see manufacture at any point in the near future, but perhaps the idea of scribbling a name on a touchscreen rather than pressing a series of buttons to dial can be incorporated in future generations of mobile phones, adding to the ease of their use.

See more in Phones & Mobile or under Gadgets. January, 2011.