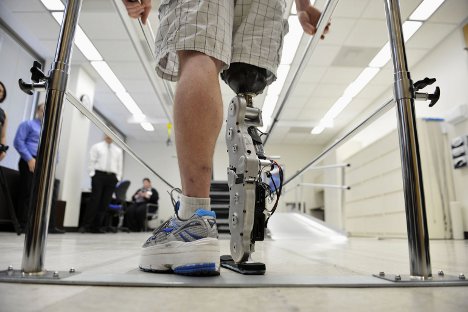 When Zac Vawter lost his leg in a 2009 motorcycle accident, he couldn’t have known that just a few short years later, he would be the focus of the biomedical world. That’s because Vawter is now the “test pilot” of a futuristic prosthetic leg that is controlled by his thoughts. 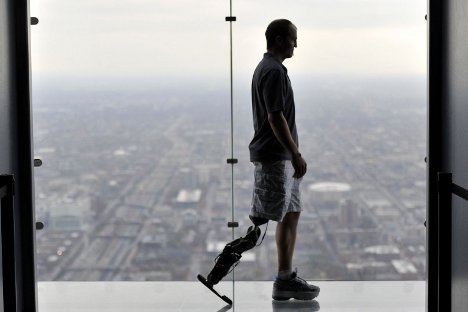 Thought-controlled arms have been around for several years already, but building a reliable bionic leg is a bit more challenging. If a bionic arm suffers a failure, the user might drop something. But if a bionic leg doesn’t perform as expected, the user might fall down and sustain serious injuries. With lower limb amputees far outnumbering those who have lost arms or hands, the potential impact of the bionic leg cannot be overstated. 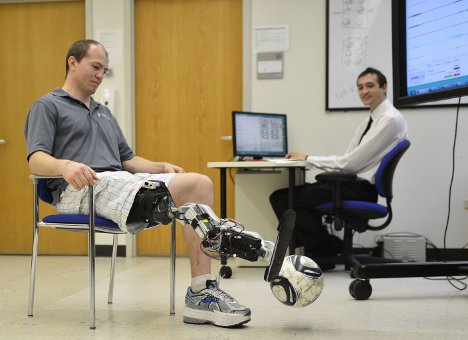 Vawter’s “smart” leg works by reading electrical impulses from nerves that were repositioned during the amputation surgery. The nerves that once carried impulses to Vawter’s natural leg were sewn to his hamstring in a sort of hard rewiring. Now, when Vawter wants to move any part of his bionic leg he only has to think the command and his hamstring transmits the signal. 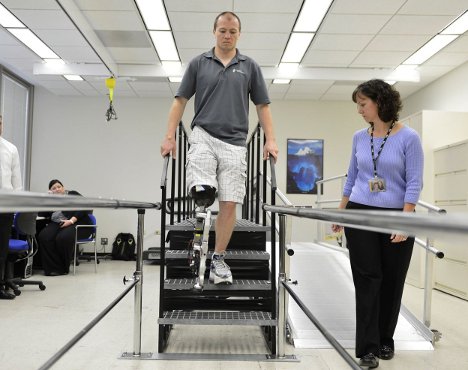 Unlike traditional prostheses, which have to be “dragged” behind the user on stairs, the thought-controlled leg will allow users to walk up and down stairs just like they did before amputation. The technology used in this project is not yet available in commercial prosthetics, but if further tests are successful it could mean that devices like this will make it to market within a decade.

See more in Cybernetics or under Technology. November, 2012.