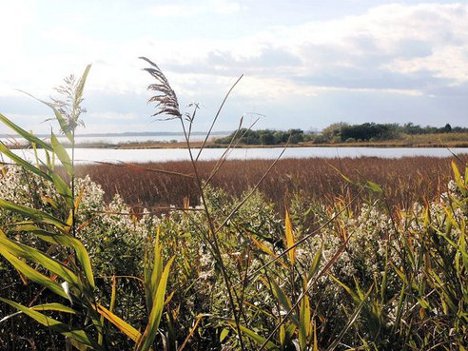 The idea that the natural breakdown of plant material can be used to generate power has been around for quite a long time – but a university team in the Netherlands has now developed a method of using living, growing plants to generate electricity on a large scale. The method doesn’t harm the plants or inhibit their growth cycles in any way; it simply harvests the naturally-occurring waste products produced by growing plants and turns them into usable electricity. 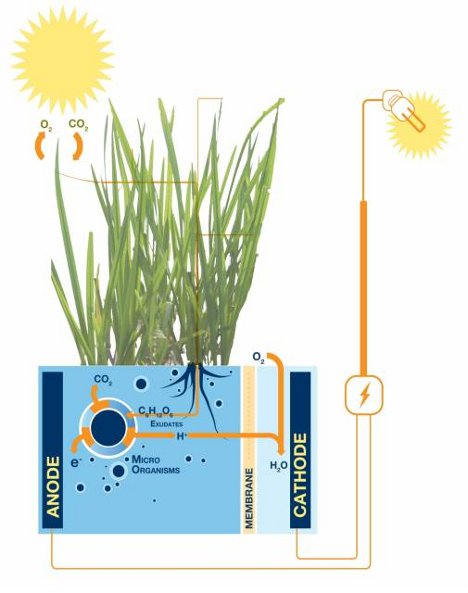 According to Marjolein Helder, the head of the research team at Wageningen University & Research, up to 70 percent of the organic material produced by plants during photosynthesis can’t be used by the plants. The material is simply excreted through the root system and digested by bacteria in the soil. The bacteria release electrons as a waste product, and it is these electrons that the team harvests via electrodes in the soil. This is not a new discovery, but the method has previously only been used on a very small scale.

The method is weak at the moment, capable of producing only 0.4 W per square meter of plants – but this is already higher than other plant-based energy generation methods. In addition, the living fuel cell is more economically viable than solar panels for remote areas. This natural fuel cell can work with many different types of plants, and the researchers believe that in the near future it could be used on green roofs to generate more than enough power for the buildings under those roofs. The researchers have even started a company called Plant-e to commercialize and market the technology within the next few years.

See more in Energy & Power or under Science. December, 2012.