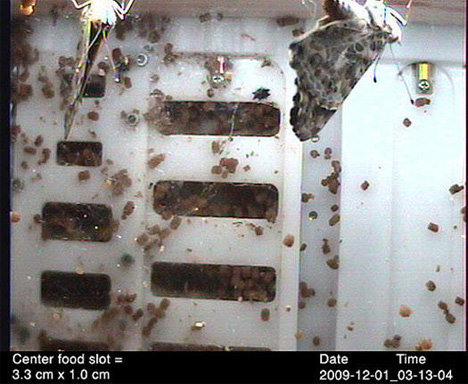 In November 2009, for the first time ever, four caterpillars carried into space formed a chrysalis and emerged as butterflies. The pair, both Painted Lady butterflies, were taken aboard the International Space Station as a cooperative educational project between the National Space Biomedical Research Institute, Bioserve Space Technologies, and Baylor College of Medicine. Students in K-12 classrooms across the country were able to track the development of the butterflies and compare it to the development of “control” subjects on Earth.

All that build-up to becoming beautiful creatures with the gift of flight was basically wasted, though. The butterflies tried to fly for a short time, quickly realized that flying sucks in a zero-g environment, and gave up. According to the project manager overseeing the experiment, the butterflies just tumbled around in their enclosure when they tried to fly. Instead of continuing to fall around in space, they opted to start walking everywhere. 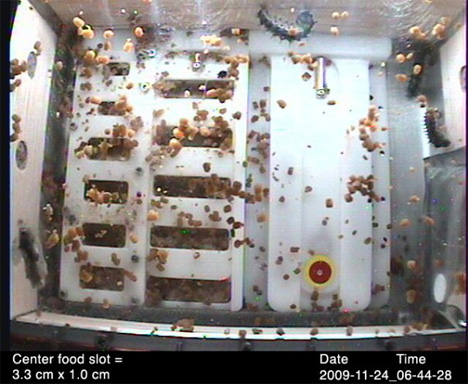 The most important outcome of this experiment so far has been the conclusion that organisms which begin their life cycles on Earth can grow to maturity in space. They may have to adapt in some ways to an environment for which they really weren’t designed, but overall it appears to be possible to start life on Earth and finish it in space…at least for some creatures. The butterflies have now completed their life cycles, but pictures and information on the project can be found on the project’s Facebook page.