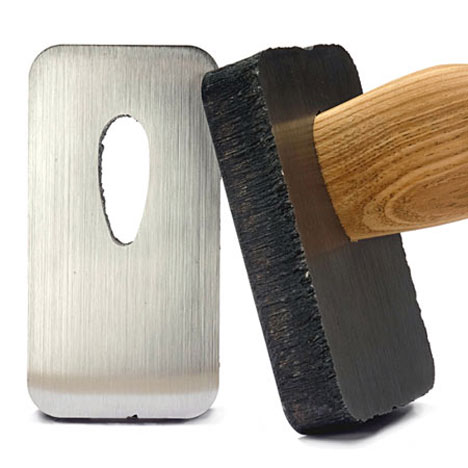 For many years now, every time a new handheld device or fancy phone hits the market, it’s hailed as the “iPhone killer.” The media have adopted this term and use it liberally, despite most of us being utterly sick of it. Designer Ronen Kadushin has developed the first open-source product that is very literally meant to kill the iPhone. 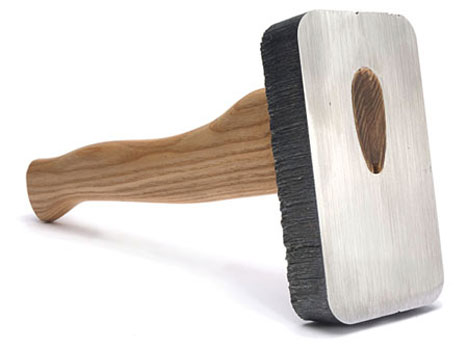 The mallet is 1.6kg of steel attached to a wooden handle and meant to be used to smash every annoyingly over-priced iPhone that gets in its way. The free and open-source design can be downloaded from the designer’s website, and makers are even encouraged to adapt the design. 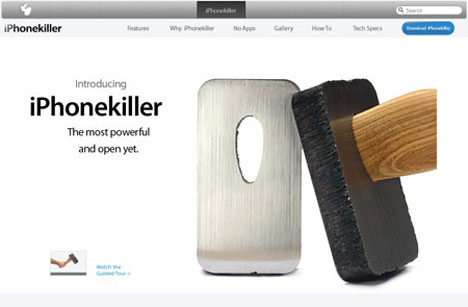 Unlike iPhone accessories, the iPhonekiller is guaranteed to be compatible with all past and future versions of the iPhone. As an added bonus, it also works with the iPad – and even non-Apple cell phones. The design, says Kadushin, is his response to the media’s and public’s seeming reverence of Apple gadgets. The tongue-in-cheek creation goes to show that some people can’t live without their iPhones…and others just wish they would go away already.