Look closely and you’ll see a pattern in these random white lines on a black background. There, on the right side, are some numbers spelled out in the messy jumble of lines. Believe it or not, these seemingly random lines are part of a clever clock that is one part wall art and one part casual timepiece. One by one, numbers form out of the chaos to spell out the time as the day wears on. Designed by Christiaan Postma, the clock is a strange and relaxed way to tell the (approximate) time. 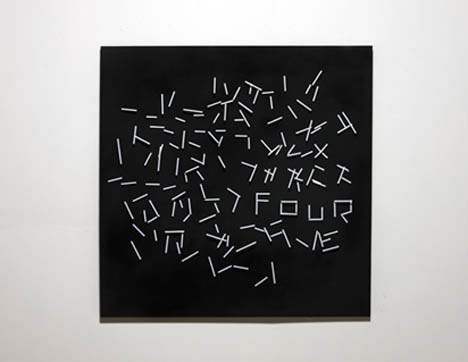 When it is precisely three o’clock, the word “three” is clearly visible in the jumble of white lines. As the time moves away from one hour and toward the next, the first number begins to lose its form and the next one begins to take shape. The word is only perfect when the time is exactly on the hour; at all other times the white lines are messily forming and un-forming in seemingly random configurations.