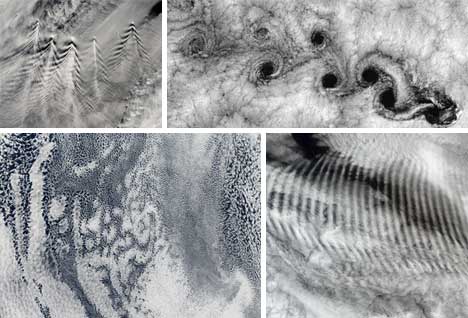 Watching clouds from the surface of the Earth is interesting, but doesn’t provide the best vantage point. To truly appreciate the complexity, scale and variety of cloud formations, you have to look down on them from above. These satellite images, compiled by Wired, show some of the most amazingly beautiful cloud formations as they are seen from space. 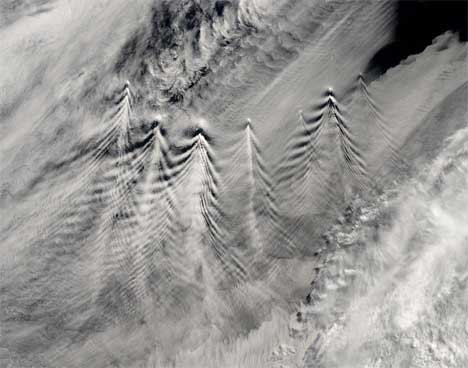 Wave clouds form when clouds pass over volcanoes or mountains; the pattern occurs because air hitting the mountain is forced up, where it cools and forms clouds, then falls back down where the clouds dissipate. The pattern created in the clouds varies in size depending on the height of each peak. This image of the Sandwich Islands was captured by NASA’s Aqua satellite in 2004. 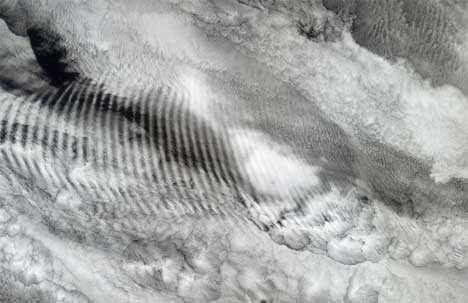 Like the wave clouds above, these gravity waves are usually caused by terrain features that disturb the air. But this particular formation is above the Indian Ocean and was more likely caused by a thunderstorm or some other disturbance that caused a vertical updraft. 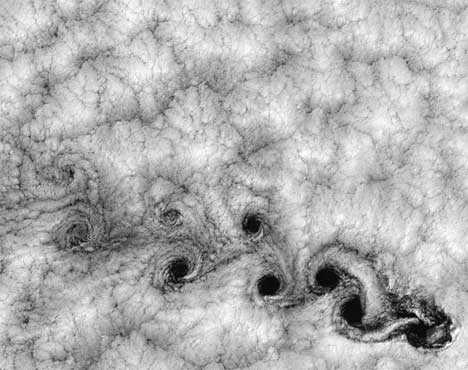 These swirls high up in the sky look rather like crop circles that have been removed from their earthly surroundings. The formation is called a von Karman vortex street, and it’s caused when low-lying stratocumulus clouds encounter cylindrical objects below which create vortices in the vapor. In this case, Alejandro Selkirk Island is acting on the clouds to create the unusual formation. 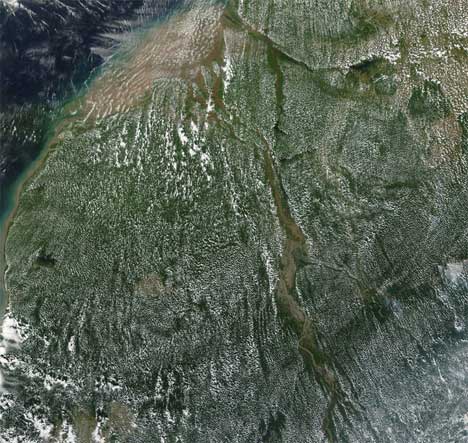 Even plants can affect the amazing cloud formations high up in the sky. This picture comes from above the Amazon rain forest and shows popcorn clouds: small, uniform clouds caused by rapid plant growth. Plants release water vapor during photosynthesis, the water vapor condenses into clouds and the result is a massive field of tiny, fluffy clouds. 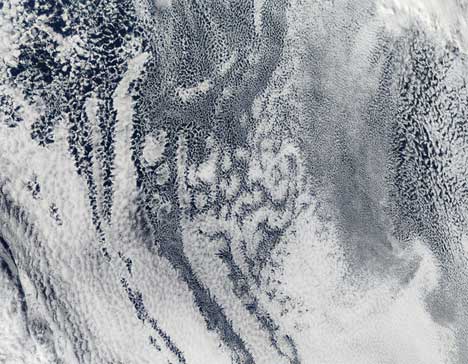 The clouds in this image appear to vary between open and closed cells; the open cells are formerly closed cells that started producing rain. Though not easy to spot from the ground, this particular type of formation is exceptionally striking when viewed from space.