10,000+ Subscribers
Lighter-Than-Air Hovercar Glides Above All Kinds of Terrain 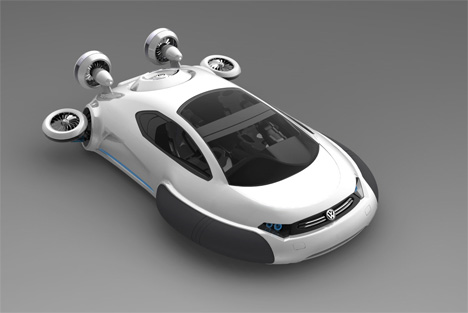 The Volkswagen Aqua is one of those concept cars that will almost definitely never be produced, but it looks so cool that you just can’t help but hope that it somehow makes it onto the streets someday. Or, more accurately for this particular design, just above the streets. The Aqua, designed by Yuhan Zhang, is a hovercraft designed to deal with the various terrains in China. 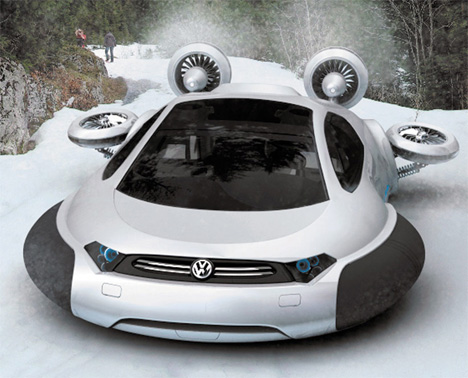 The designer says the Volkswagen Aqua concept would handle roads, water, ice and mountainous terrain with ease thanks to its five fans. The fans provide a bit of lift that allow the car to hover just above the ground. 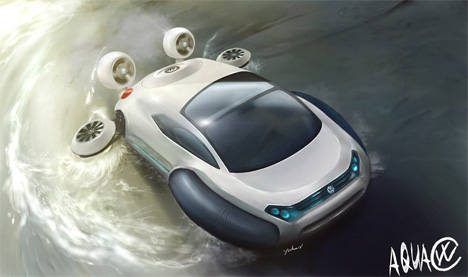 The main fan inflates the skirt at the bottom of the car, lifting it away from whatever terrain it is navigating. Four smaller fans at the back would provide thrust and control the car’s direction. 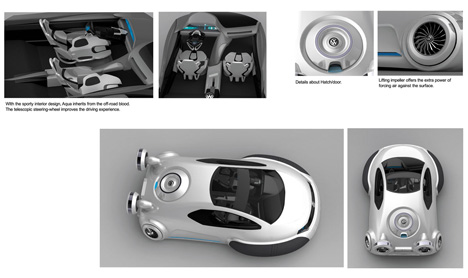 Overall, the Aqua’s styling is incredibly futuristic and streamlined – but maybe it’s a little too streamlined. There are no doors; instead, a porthole at the very back of the car allows the driver and one passenger to slide in and out of the vehicle. Presumably, anyone who rides in this hovercar would have to be svelte enough to both fit through the porthole and avoid weighing the vehicle down.

See more in Concept Vehicles or under Transportation. June, 2011.