10,000+ Subscribers
I Will Always Punch You: Stunning New BodyGuard Weapon 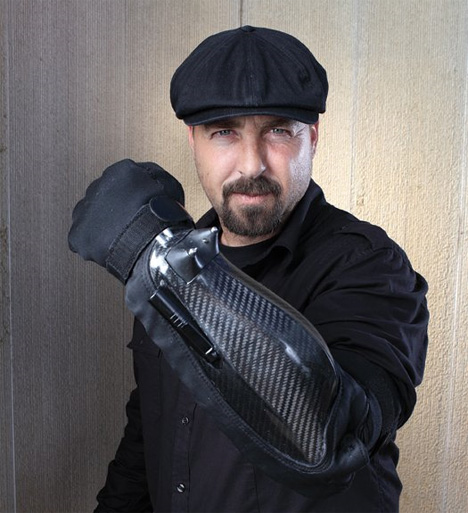 Law enforcement and military officials are always on the lookout for devices which can help keep their people safe. And more often than not it seems like they look to sci-fi to keep them supplied with new and awesome ideas. The inventor of this gadget has one foot firmly in the entertainment industry and is starting to introduce his brainchild to the cops and soldiers of the world. David Brown, an editor, producer and cameraman who works on music videos, invented this wearable weapon called the BodyGuard.

The device is a heavy armored glove equipped with a powerful taser, laser pointer, flashlight and camera – all equipped to deter and stop criminals. A single punch with this glove – or even just the threat of the punch – can defuse a situation much faster and with less force than drawing and equipping a more traditional weapon. The idea came to Brown as he and some friends were discussing how ineffective most weapons are since you can drop them or they can be wrestled away from you in a moment of conflict. The BodyGuard is, very appropriately, endorsed by Kevin Costner (who starred in a movie of the same name). And if Dances With Wolves digs it, well, it must be good.

See more in Cybernetics or under Technology. June, 2011.