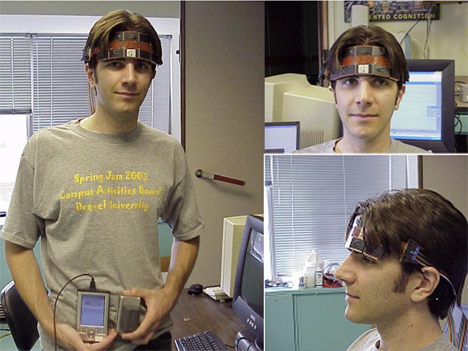 (image via: The Future of Things)

Traditional polygraph (“lie detector”) tests rely on physical cues like respiration rate and blood pressure to determine when someone is lying. But because these cues vary so much from person to person, and because it’s possible for the subject to manipulate these biophysical tells, polygraphs aren’t considered 100% accurate. Recently, a patent was filed for a device that will measure an individual’s brain activity to see whether he or she is lying. The device will use near-infrared light to measure activity in the parts of the brain related to the cognitive and emotional aspects of lying. 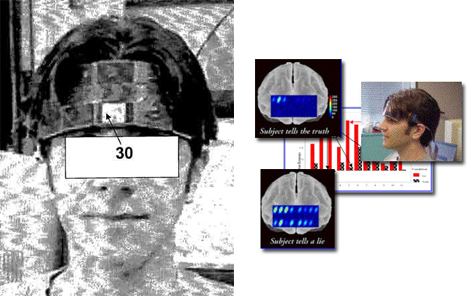 The device would measure the infrared light with a sensor worn around the subject’s head. The results would be transmitted for processing either after the test or during the test. The accuracy of this method would, of course, depend on whether we’re able to figure out how to decode brain signals related to lying. But if it can be done, according to co-creator Professor Scott Bunce, the headband would be a cheaper, easier way to administer the lie-detection test. It would require far less equipment than a polygraph, and wouldn’t return the same high number of false positives due to the subject’s anxiety or stress levels.