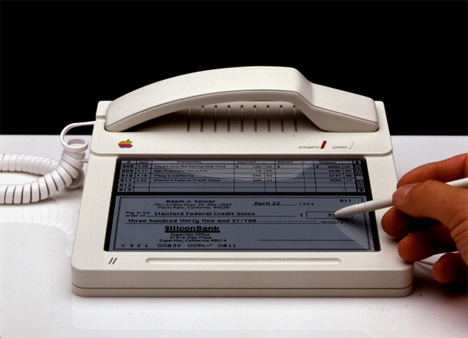 It wouldn’t be a huge exaggeration to say that the iPhone has changed the way we communicate. The iconic phone from Apple seems to be everywhere these days, but what most people don’t realize is that the company had the idea for a multi-use, touch-screen phone long before the original iPhone ever hit shelves. The year was 1983, and a creative Apple designer named Hartmut Esslinger decided to smoosh together a phone and a touch screen to invent the forefather of the iPhone. 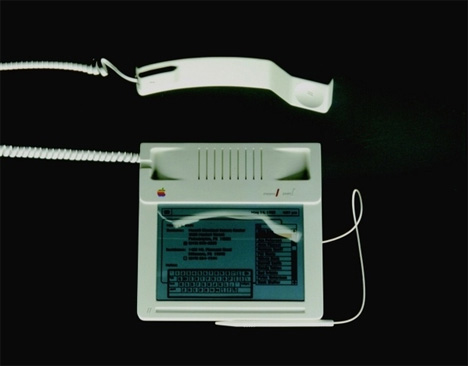 Esslinger, the same designer who came up with the Apple IIc (the company’s first portable computer), must have had the gift of future sight. He managed to predict the company’s most successful product 25 years before the technology actually existed to make it happen on a real-world scale. The early prototype was tethered to the wall via a cord, of course, making it slightly less useful and a whole lot less portable than the iPhone. 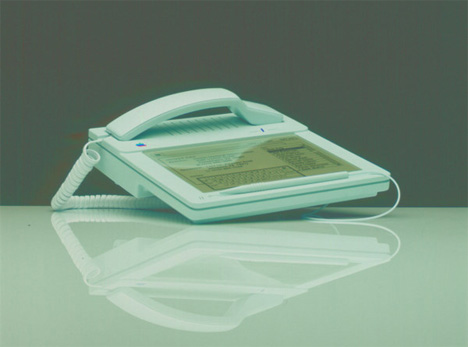 But like the eventual phenomenal portable phone, the early version featured a touch screen that could do some pretty amazing things. In one of these images of the early prototype, the user is writing a check and balancing his checkbook on the touch screen with a tethered stylus. In another, an on-screen keyboard takes the place of any type of physical buttons. It may not be just like the iPhone, but it is surprisingly similar for a phone that came more than two decades before the portable version.

See more in History of Tech or under Vintage & Retro. September, 2011.