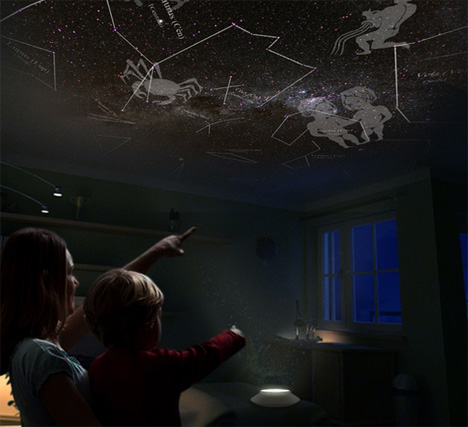 More than one dedicated lover has promised to reach up into the sky to grab the stars for his or her beloved. The phrase has been merely metaphorical until now. The Stella Camera and Projector concept is a hand-held gadget meant to capture the stars and keep them where budding astronomers can gaze upon them forever. 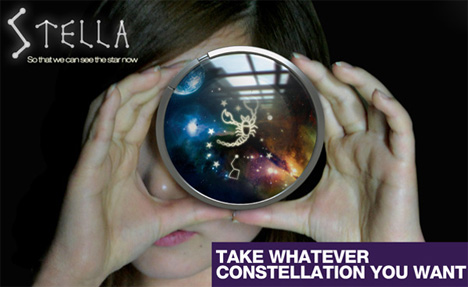 Designed by Seung-Kwon Kim, Seung-Ju Kim & Zhong-fa Lie, Stella is a sweet little product aimed at children who are interested in the stars. Since light pollution is a problem that grows daily, the designers wanted to create a way for children to preserve the stars before they become completely invisible from Earth. The small glass lens adjusts easily to focus on the desired constellation and then stores its image digitally. 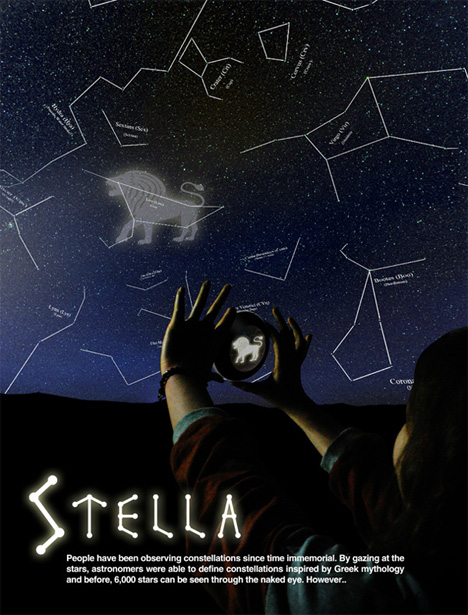 Once indoors, the Stella also acts as a projector. Captured constellations are displayed on the walls and ceilings, turning any room into a personal planetarium. The designers don’t go into much detail about whether the device is able to capture many individual constellations and patch them together into a large picture of the night sky, but that would be the ideal. 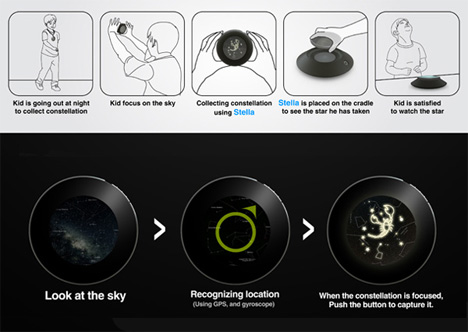 However the projector function works, the idea of “collecting” constellations is wonderfully romantic and just geeky enough that we really hope the designers are able to fund the project and make Stella into a reality.

See more in Camera & Video or under Gadgets. September, 2011.