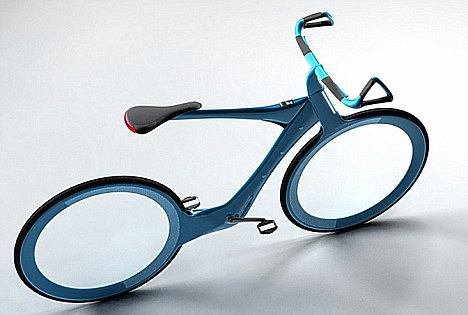 The future is almost here, and it’s going to look a lot like Tron. This futuristic-looking bike was designed by Olympic cyclist Chris Boardman. He believes that its design will help resolve some of the obstacles that are currently keeping more commuters from adopting bicycles as their primary form of transportation. By making the bike theft-proof, the tires puncture-proof, and the rider fatigue-proof, Boardman’s bike may indeed go a long way toward encouraging more people to cycle their way to and from work – as long as they can spare around $4000 for the ride. 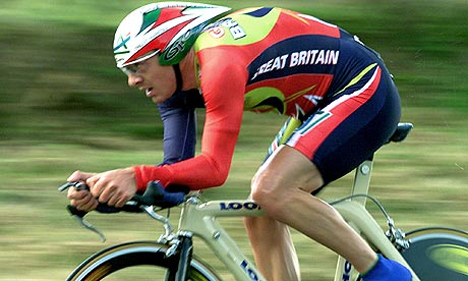 The bike’s construction is an obvious departure from today’s bikes. The spoke-less wheels are supposed to decrease wind drag. Rather than the traditional tire/frame interaction, the tires rotate around stationary parts of the frame, much like a bangle on a wrist. The tires are also puncture-proof and self-inflating. The bike’s handlebars feature a tiny computer that can calculate the number of calories burned based on the number of times the pedals rotate. A solar-powered battery would provide power assistance when the rider gets tired or goes up a hill. And the integrated fingerprint-reading locking device would make it impossible for anyone other than the owner to ride it away. We doubt that fingerprint reader would prevent anyone from picking it up and throwing it into the back of a truck, but hey – Boardman doesn’t expect the bike to be available for another 20 years, giving manufacturers plenty of time to work out the kinks.

See more in Bikes & Cycles or under Transportation. October, 2009.