If you’re a gamer, you’ve undoubtedly heard (over and over and over) that your well-honed skills don’t amount to much in the “real world.” A 12-year-old Norwegian boy has proved the naysayers wrong by protecting his 10-year-old sister from an angry moose using skills he learned playing World of Warcraft. Hans Jørgen Olsen and his younger sister wandered into the path of the moose one day while walking to school; Hans, being the heroic older brother, distracted the moose while his sister ran to safety. 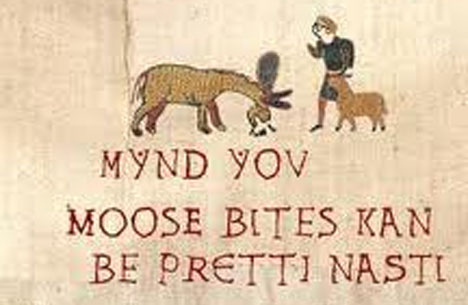 World of Warcraft players might recognize Hans’ behavior as the “taunt” maneuver used in the game to distract attackers away from poorly-equipped team members. Once Hans had the moose’s full attention, he used a tactic that he’d picked up after reaching level 30 in the game: he played dead. The moose lost interest in the boy who it thought to be dead and wandered away. Hans and his sister, in a move that no doubt made their mother proud, continued on to school and got checked out by the school nurse. No word on whether the kids found any loot during the encounter.