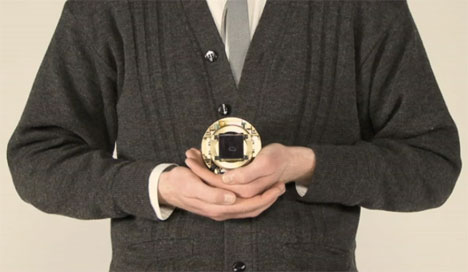 Remember carrying around an adorable little digital pocket pet in the 90s…and then forgetting about it for a few weeks until you came back and it was dead? With those keychain pets there was always a “reset” button to start the pet’s life over and erase your guilt. This new version of the classic pocket pet raises the stakes by putting a real, living creature into the mix.

Tardigotchi_English from Studio Bureau on Vimeo.

The Tardigotchi is a strange combination of an artificial life avatar (or electronic pet) and a live microscopic animal called a tardigrade (or “water bear”). The avatar behaves much like those little e-pets: it tells its owner when it needs to be fed, and after the living tardigrade receives a meal (via a scary-looking needle contraption) the avatar displays a full belly. 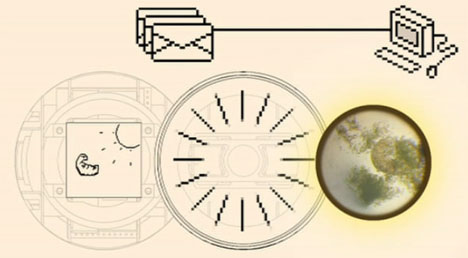 The Tardigotchi thrives on social interaction, so it has a healthy social networking presence. When it receives an email or an interaction on its Facebook page, the tardigrade is rewarded with a little beam of warming light. The avatar shows its appreciation by happily basking in the rays. 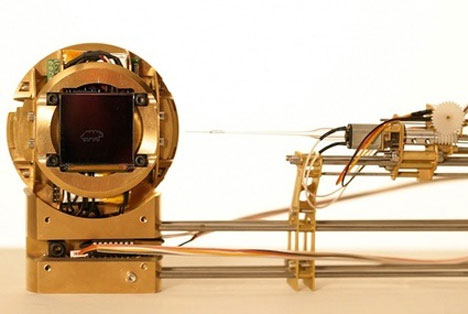 While it’s not a real consumer product, the Tardigotchi is an interesting experiment in the capacity of human affection. If we can get attached to digital pets, why not microscopic ones? And does an electronic display of appreciation from a digital pet make us more likely to continue caring for the real pet that can’t show appreciation for our efforts? 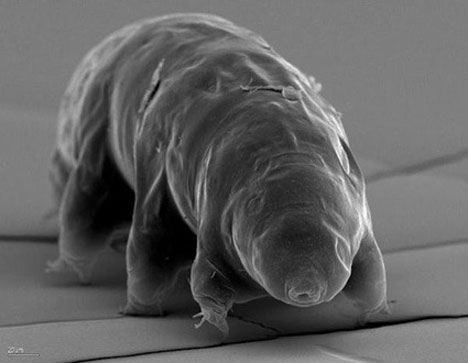 The tardigrade in question doesn’t have too much to worry about. Even if a forgetful owner neglects it for a while, the notoriously tough little creature will probably survive; after all, water bears are the only animals known to be able to survive the vacuum of space. They can probably deal with not getting food or email for a few days.

See more in Various Gizmos or under Gadgets. August, 2010.