10,000+ Subscribers
Internet Emergency? The Series of Tubes Filling Up Fast 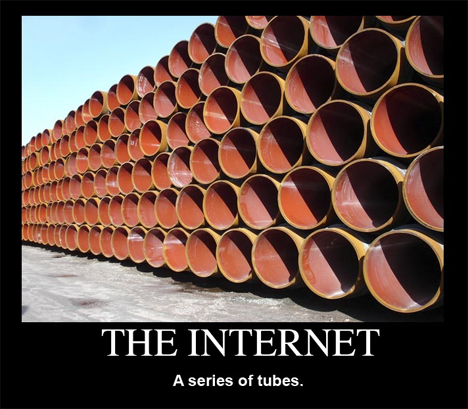 Assuming that you’re reading a science and tech site because you enjoy science and tech, you probably know what an IP address is already. And if you know what an IP address is, you probably also know that unique IP addresses are not an infinite resource. In fact, according to a chart released by Ars Technica, the internet is nearly certain to run out of new IPv4 addresses within the next three years. In January 2000, only about 44 percent of IPv4 addresses were in use, leaving 2092 million available. But today, 81 percent are in use and only 722 million are still available. At this rate, we’ll be completely out of IPv4 addresses before 2013. Which is cool if you believe the world is ending in 2012, but for the rest of us – oh noes! 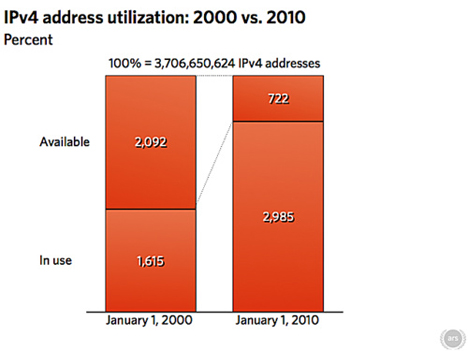 Not to worry, though: the bosses of the internets (also known as the Internet Assigned Numbers Authority, a part of ICANN) thought ahead and were developing IPv6 (IPv5 being already in use for an experimental streaming protocol) in the early 1990s. So, although it will require some transition – partially because IPv4 and IPv6 nodes can’t communicate with each other without an intermediary – there is a future for the internet. Already, a hundred thousand times more IPv6 space than IPv4 has been distributed, but 99.974 percent is still available. So there’s still enough room for you to hoard a bunch of domain names that may or may not become valuable at some point.

See more in Weird Science or under Science. January, 2010.