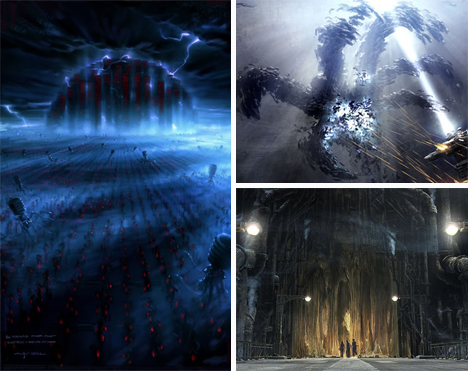 Say what you will about The Matrix and its sequels – the trilogy contains some groundbreaking cinematic effects and overall the movies are an unforgettable part of sci-fi history. That’s why we got so excited when we saw these “lost and forgotten” pieces of Matrix concept art. While we can’t say for sure they were ever lost or forgotten, they sure are awesome to look at. 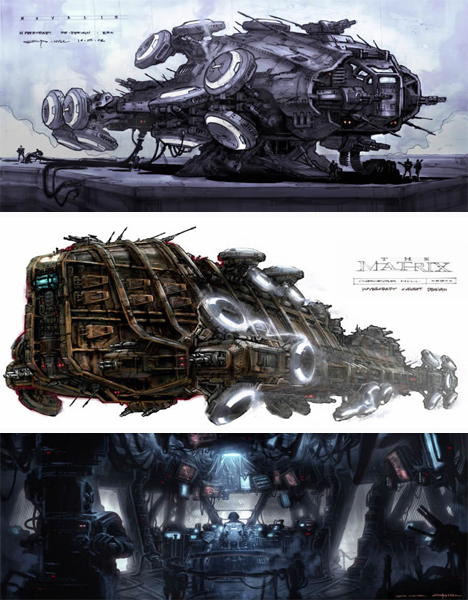 The artists who create movie concept art are often only loosely guided to come up with impressive and memorable scenes, characters, settings and other movie components. These pieces are all from Richard Mahon and George Hull (via Coolvibe); some are nearly identical to their counterparts in the movies, and some are quite different than their final versions. 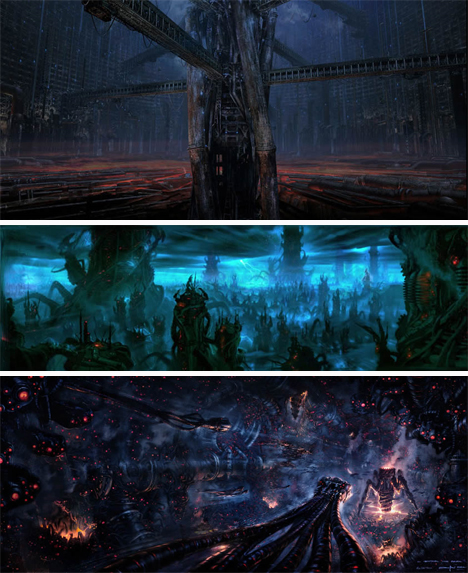 One thing that carries through from the concept art all the way to the movies is the dark and threatening tone. These pieces show the dreary and threatening time the movies are set in, and some of the horrifying mechanical inhabitants of the cloud-covered future. 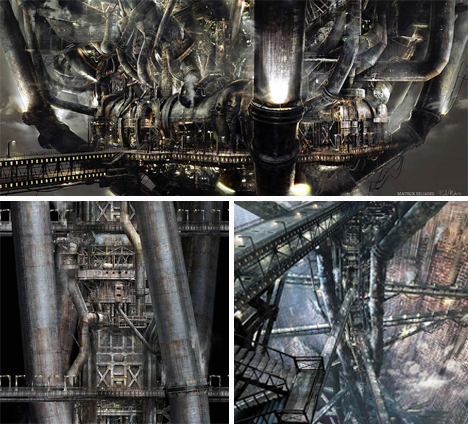 Zion, the only remaining human city, is a huge part of the Matrix movies, formed by those who rejected the Matrix and those who were freed from it. These concept pictures give only a small hint of the vast levels and subterranean caverns the make up the city. 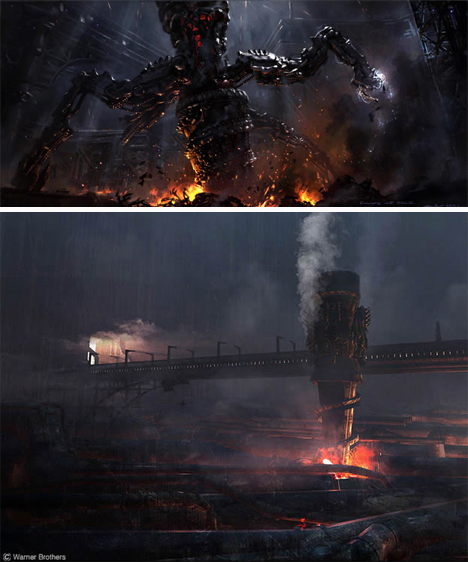 We won’t give away what happens in the trilogy (for the benefit of the four or five people on the planet who haven’t yet seen it), but suffice to say that these concept art images have us wanting to watch the whole thing back-to-back…again. Popcorn, anyone?

See more in Science Fiction or under Science. January, 2010.