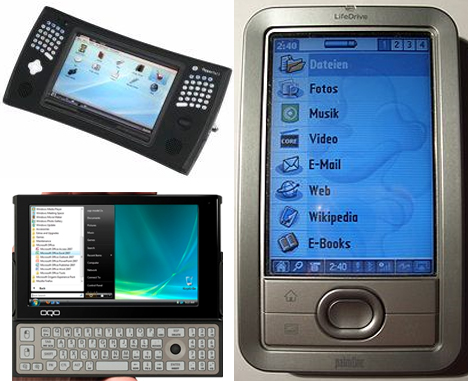 The handheld gadget market is a tricky one. The gadget-buying public is finicky, only latching on to certain products and letting others fail miserably. Cheering on the success of certain gadgets isn’t that fun, but looking at the biggest flops of the past decade sure is. 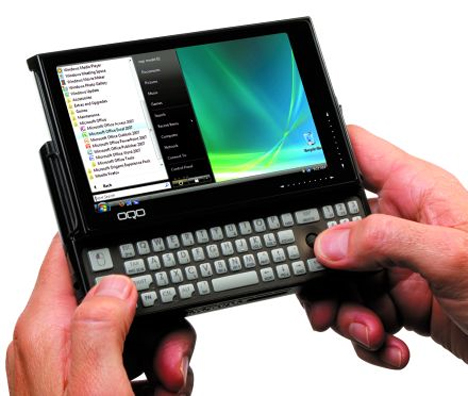 This bizarre-looking device is, believe it or not, just as powerful as most desktop PCs and only a little bigger than a smartphone. It’s called an OQO, and the company that made it was both a little before its time and a little overconfident in its product. The first model of OQO was introduced in 2004, following a much-hyped build-up of several years. Just when eager would-be buyers started to wonder if it would ever appear, the Oqo finally materialized. According to the Guinness Book of World Records, it’s the world’s smallest full-powered, full-featured personal computer. And to be honest, it’s pretty amazing – but the $3000 price tag put most consumers off of it, and the company went out of business in 2009. 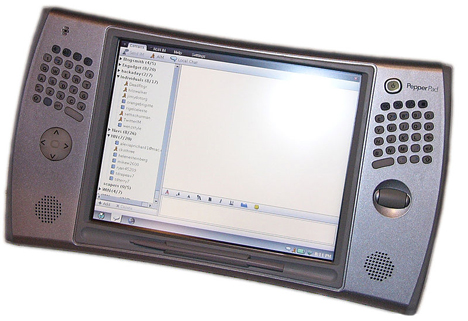 As far as handheld devices go, the Pepper Pad was kind of cool. It was equipped with WiFi and Bluetooth and had a split QWERTY keyboard, a microphone, video camera, speakers and IR receiver/transmitter along with a 7-inch LCD touch screen and a host of other cool features. So why have most people never heard of it? Well, it was expensive, for one: for the same $800 you could get a much-easier-to-use laptop. And the design is, shall we say, less than attractive. The split keyboard probably seemed like a good idea at the time, but typing on it was weird and awkward. Pepper ceased production and support of its devices in September 2009. 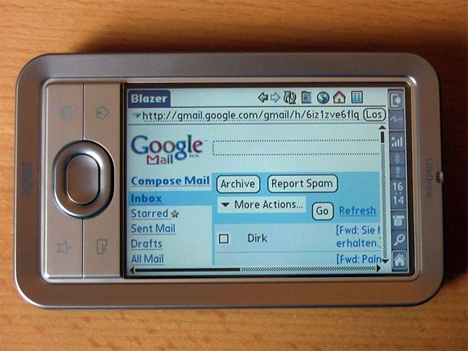 Palm just wasn’t able to catch a break for the longest time. Their PDAs were once the “it” gadget that all well-appointed geeks proudly carried. As soon as smartphones came out, everyone stopped needing PDAs – so Palm came back with the Pre, which is doing pretty well. But before that, they tried to market this little gadget, which they called the Palm LifeDrive. It was designed to handle your music, pictures, documents, email and schedule, and it was equipped to browse the Web. It even had a 4 GB hard drive, which was pretty impressive back in 2005 when it launched. But timing killed this device, as it came out just when the best of the smartphones were hitting the market for the first time. And at $500, buyers decided they’d rather have the far geekier – and more useful – iPhone. The LifeDrive was discontinued in January 2007.