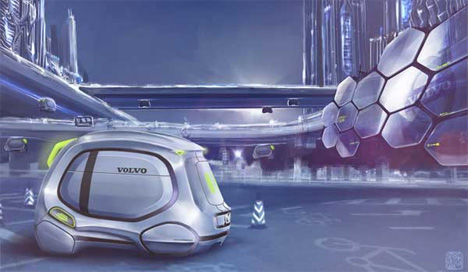 The idea of communal or shared cars has been growing in popularity recently, particularly as cities become more congested and it becomes more expensive to own a car. Designer Yuhan Zhang‘s concept takes its cues from bees, insects which are known especially for their predisposition to work together. 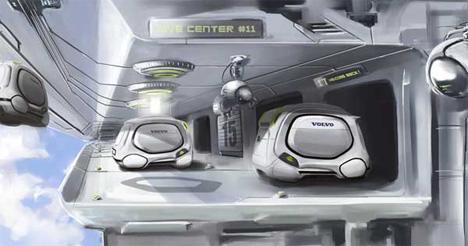 Zhang branded the BeeHive concept with the Volvo name. The idea involves a fleet of city-owned or communal-owned vehicles which can be checked out by people who need a car to perform certain tasks like moving objects or traveling long distances. People who simply need to get themselves from one point to another take one of the other modes of transport in the system: a bus, train, or their own feet. 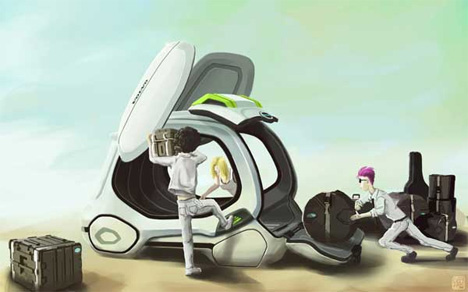 In the center of the BeeHive, appropriate vehicles are dispatched automatically. There isn’t much information about how the designer envisions the system working, but we’d like to think that you’d tell the system what kind of task you need to perform and, after answering a few key questions, you’d get a vehicle to check out for a day or two.

The conceptual BeeHive vehicles don’t feature a windshield that passengers can see out of because the vehicles are meant to be autonomous, self-driving cars. This probably won’t become anywhere near reality anytime soon, but Zhang understands that – the project was supposed to be a concept detailing what urban life would be like in the year 2030.

See more in Mass Transit or under Transportation. April, 2013.