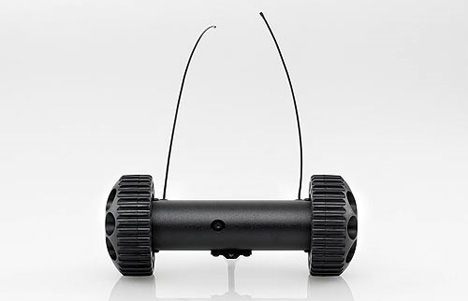 With the global pirate problem showing no signs of lessening on its own, government agencies and private companies are looking at novel ways of keeping honest seafaring folks safe. The Recon Scout from Recon Robotics is a small, lightweight ‘bot that can be thrown by hand or shot out of a cannon toward pirate vessels. Once there, its magnetic wheels grab on to the hull and pull it up the side until it’s on the deck. And when it gets to the deck it does something even more fascinating.

The large bot opens up to let out a smaller robotic spy that rolls around and films what’s happening on the boat. The footage is beamed back to the boat from which it was launched or to another remote location, showing exactly what the pirates are up to. The outer ‘bot is built to be incredibly tough – tough enough to survive being dropped from a low-flying unmanned aircraft or shot from a cannon, in fact. And thanks to its tenacity and usefulness, it has the potential to save plenty of lives by keeping human operatives off of pirate boats unless absolutely necessary. 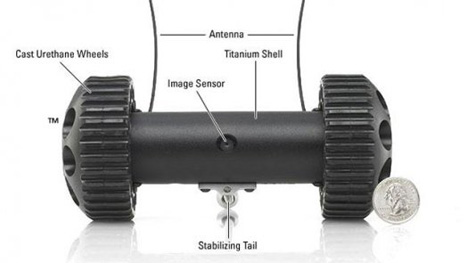 The Recon Scout could be useful in plenty of other situations, as well. Hostage crises, prison fights, and military missions are just a few of the instances in which dropping a super-tough, soda can-sized robot equipped with a video camera could be incredibly useful.