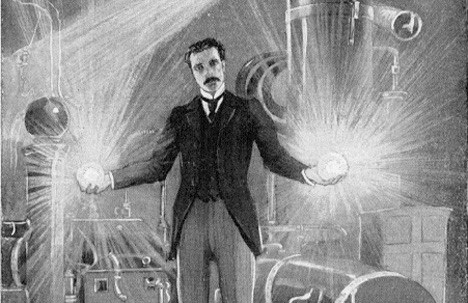 Can we really pull electricity from thin air? Nikola Tesla spent most of his life experimenting with electricity and trying to figure out how to transmit it without using wires, but he never saw his dreams realized. Today, scientists are closer than ever to figuring out how to generate electricity from the very air around us. It’s not exactly what Tesla was seeking, but it’s close – and it’s mind-blowing. 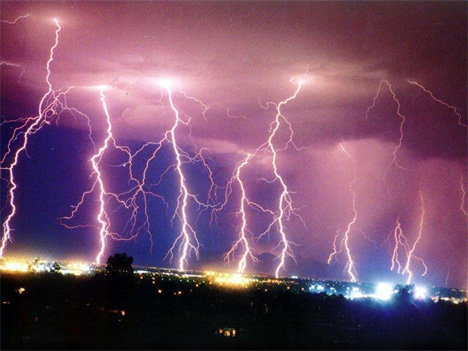 For a very long time, the way that electricity forms naturally in the atmosphere has been a huge mystery. But recently-revealed research uncovers exactly how atmospheric water vapor becomes electrically charged. The discovery could one day bring us gadgets that draw their power right from the environment. They’re calling it “hygroelectricity,” meaning “humid electricity.” 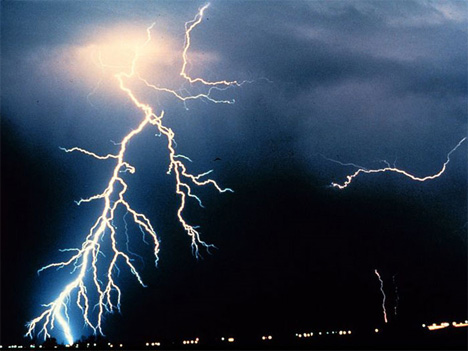 The basis of the news is the shattering of the long-held belief that atmospheric water droplets always remain electrically neutral. Dr. Fernando Galembeck and his colleagues at the University of Campinas found that the droplets do, in fact, pick up a slight charge, which can accumulate in humid air and be transferred to other objects. In theory, this new knowledge could be used to provide clean power in a way similar to how solar cells provide electricity from the sun’s power. 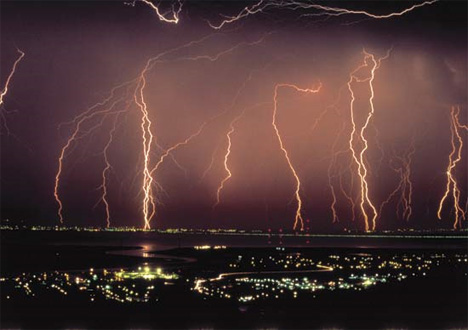 But one of the more alarming parts of the team’s discovery is the fact that they want to use this new-found property of air to stop lightning before it can damage buildings or property. Galembeck and team would like to place hygroelectrical panels in locations frequently struck by lightning to prevent the powerful strikes from landing. But when you throw one part of nature out of whack, it inevitably strikes back in some other way. So we’re all for free electricity, but only if we can avoid the super-powerful lightning wrath we’re envisioning right now.

See more in Weird Science or under Science. September, 2010.