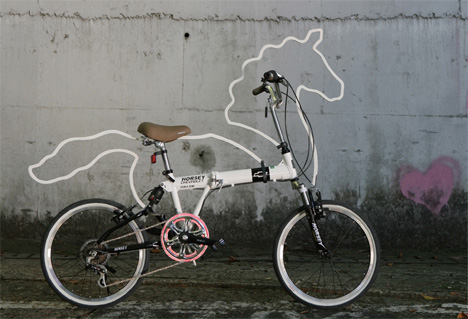 Riding a bike wherever you need to go is fun on its own – but turning your bike into a hobby horse sounds like even more of a good thing. “Horsey” was just one of over 3000 entries in Designboom’s “Seoul Cycle Competition 2010,” a design competition that asked designers to help remake Seoul as a more cycle-friendly city.

“Horsey,” designed by Eungi Kim, is a fun way to make any bicycle more like a pet to care for and have fun with. The design consists of a kit of wooden parts that attach to any bike frame, transforming a regular bicycle into a fun horse. 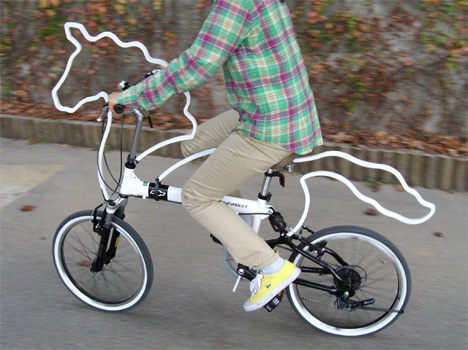 The designer’s intention with this project was to create a bike accessory that would make cycling even more fun. By transforming the bike into a pet of sorts, Kim believes that people will be more likely to take their bikes out and ride them more often. Whether we see cyclists riding around on horseys anytime soon remains to be seen, but we love the idea of personalizing bikes in such a fun, playful way.