10,000+ Subscribers
Classic Tetris Jumps Off the Screen and Onto Your Table 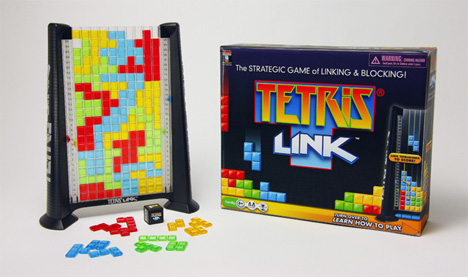 We have to admit a very soft spot for Tetris – it’s a classic game that we grew up playing for hours and hours on end. We’re still playing it today, in fact. But just in case you ever get tired of staring at a screen, a company called Techno Source is taking the colorful shapes and bringing them into the physical world. 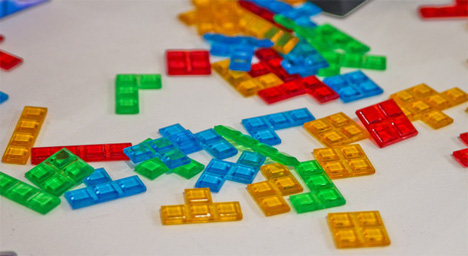 Tetris Link is a soon-to-be-released game that reworks everyone’s favorite block-arranging game into a Connect Four-type game complete with vertical plastic game board. 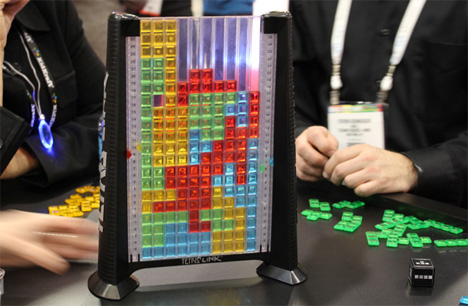 Rather than filling up entire lines to get rid of blocks, the goal of this game is to connect as many of your specific color (red, blue, yellow or green) while blocking other players’ color connections. Every player rolls the dice to determine which piece they can play on their turn.

Apparently Tetris has been remade in every possible way in the digital realm and is now set to take over the physical game world as well. With so many of our classic childhood favorite games making their way into digital formats, maybe it only makes sense that this perennial favorite of the video game world is now being remade as a tabletop game. Can’t wait to play? The game will be available for around $20 starting in the Spring of 2011.