10,000+ Subscribers
Getting the Lead Out: Hybrid Writer Gets High Marks 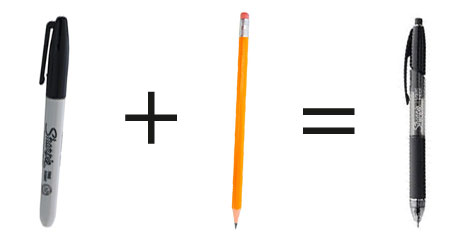 If there’s one thing Sharpie is known for, it’s permanence. Their markers are used to write and draw on just about anything that needs to keep that mark for good. But they’ve just revealed plans to release an awesome new product with some pretty impressive qualities. The new Sharpie Liquid Pencil will write just like a pen, be erasable like a pencil, and become permanent like a Sharpie three days after the marks are made. 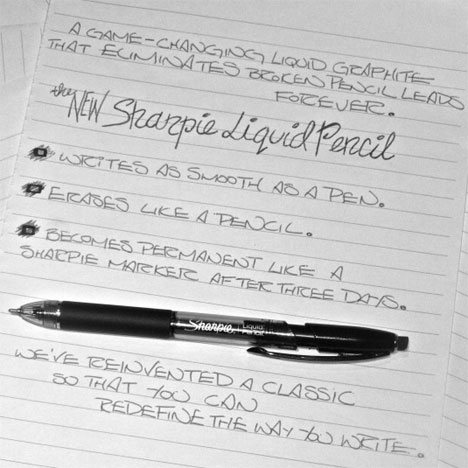 It’s a novel concept that will likely change the way Sharpie enthusiasts write. Since the markers are a favorite of artists and designers, making them erasable for the first three days is a fantastic benefit. Now one mistake won’t mean scrapping the whole work in progress. The new liquid pencils work with liquid graphite, which shouldn’t smear like pen ink. As of now, the pencils haven’t been approved for use on standardized tests, and we’re guessing some teachers will probably put up a stink when they first see them in classrooms, but the company calls the pencil a “No. 2 lead equivalent.”