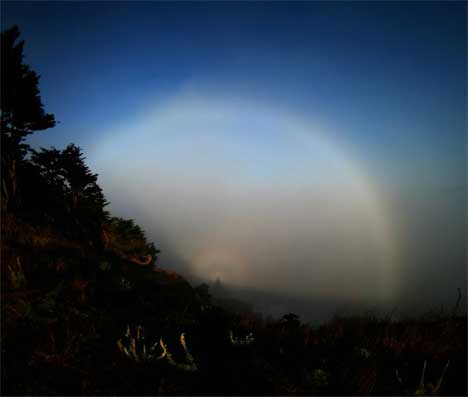 The awesome beauty of rainbows and moonbows is stunning enough to inspire artists, but the unexpected sight of a fogbow is truly amazing. Much like rainbows, fogbows are caused when light shines through droplets of water in the air. But when the droplets are tiny, what forms is a ghostly white arc that looks like something from a dream. 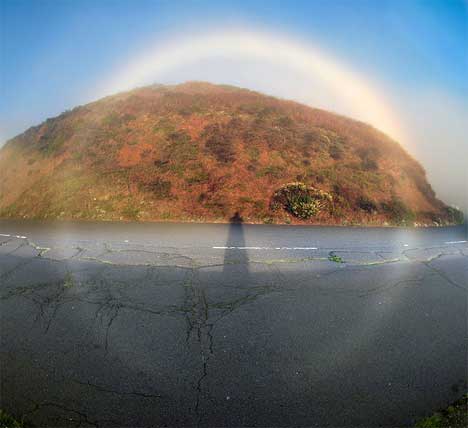 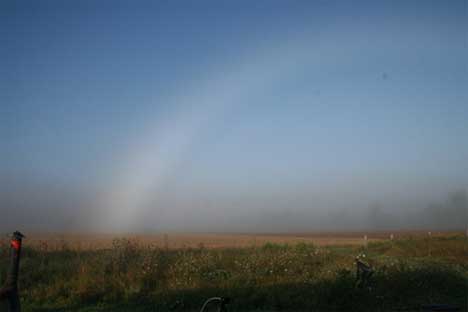 (images via: Wikipedia and BevKnits)

Fogbows aren’t technically white, though they usually appear so because the tiny droplets cause a greater degree of refraction. The outer edge is a very faint red and the inner edge is a very faint blue. The smaller the airborne water droplets are, the whiter the fogbow appears. They can often be seen from above as one looks down from an airplane, though these are usually referred to as “cloudbows.” 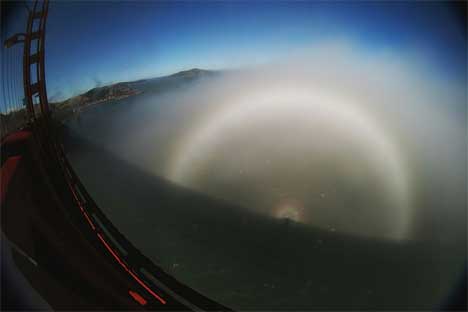 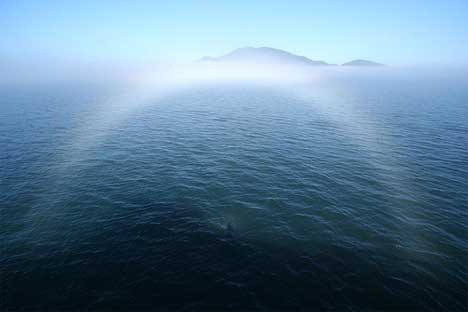 (images via: Wikipedia and Manuel W.)

Sailors have been seeing fogbows for centuries, due to tiny drops of sea spray creating the perfect conditions. But the elusive fogbow can also be seen on mountains and hills when the viewer is between the sun and the fog. Its ghostly glow is enough to impress even the most hardened sailor or mountain climber.