10,000+ Subscribers
Float Around on This Lightweight, Laptop-Size Scooter 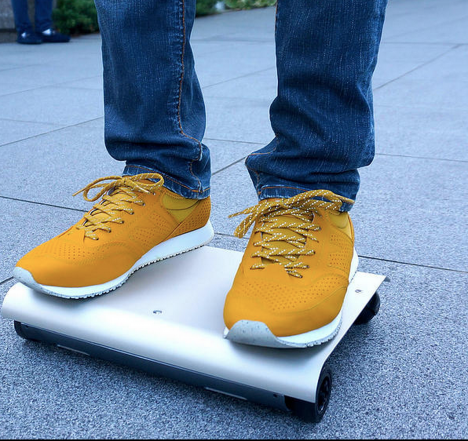 Playing on our inherent love of all things small, shiny, motorized, and novel, Japanese company Cocoa Motors has come up with a brilliant little motorized vehicle. They say it’s the world’s smallest electric vehicle, and they just might be right – it’s around the size of a MacBook (one of the larger-screened models, but still) and looks just as sleek.

The WalkCar operates on the same steering principles as the Segway. You simply lean your body in the direction you wish to you. Leaning forward propels you, swaying slightly to the left or right steers the device deftly around obstacles, and judging from the video, jumping straight off of it like a frightened cat is what makes it stop. 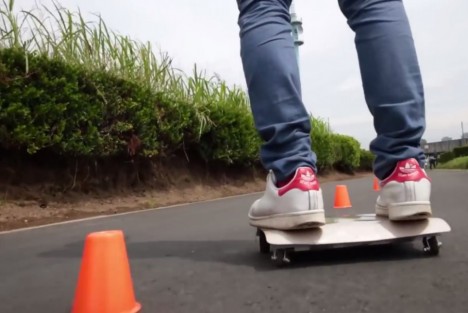 The inventors say that the WalkCar is powerful enough to push a heavy load in front of you on a hand truck or even to drive someone around in a wheelchair. But the device is so light that you can carry it around in a backpack or shoulder bag with no discomfort. 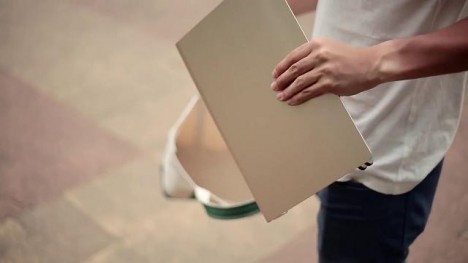 We immediately became lost in thoughts of how many rad Halloween costumes we could make using this bad boy to create the appearance of floating above the ground. The catch, though, is that the WalkCar is still in the prototype stage and not yet available for purchase. Cocoa Motors will start a crowdfunding campaign to raise money for production – watch their site for more news.

See more in Concept Vehicles or under Transportation. August, 2015.