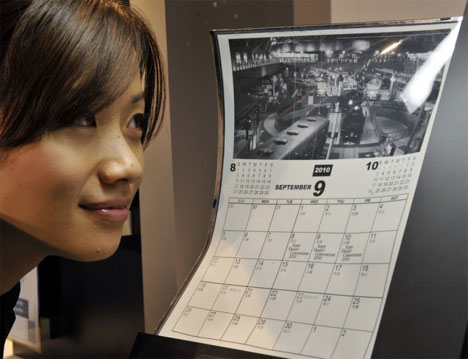 Electronic paper concepts keep rolling out one after another, and this time it’s Sony showing off their latest e-paper creation. At the 2010 Dealer Convention in Shinagawa, Tokyo, the electronics giant unveiled a flexible e-paper made with a revolutionary plastic substrate. 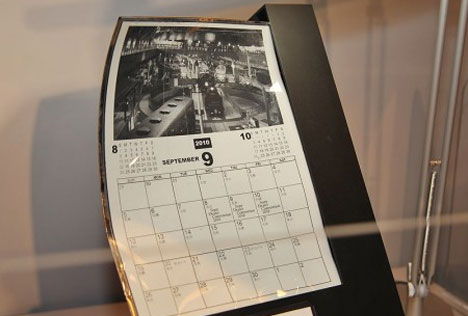 Previously, most e-paper concepts operated on a glass substrate, making them a bit impractical for carrying around due to their high potential for damage. Glass is also significantly heavier than plastic, so glass-based e-paper doesn’t exactly feel the same as traditional paper. If you’ve ever tried to carry around a Kindle, you know it’s a bit more challenging to transport than, say, a paperback book…but still easier than carrying around a whole library full of them. 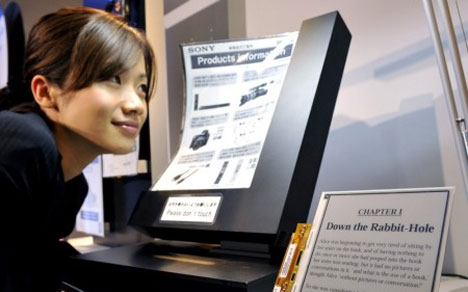 Sony’s new e-paper design could be rolled up like traditional paper and easily carried around with no danger of cracking if dropped. Of course, Sony is remaining rather tight-lipped about how their new flexible paper will actually work. LG unveiled their own lightweight, rollable e-paper earlier this year which uses a flexible foil substrate, but as of yet the concept still hasn’t reached the production stage. Whichever company makes it to production first can look forward to dreaming up all kinds of new applications for this futuristic technology.

See more in Industrial Design or under Technology. December, 2010.