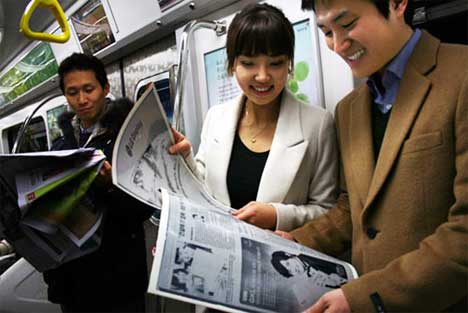 Taking the newspaper along with you used to be considered a pretty convenient way to keep up with current events when you’re on the go. But with smartphones, laptops and a whole world of portable devices to put the news at your fingertips no matter where you are, newspapers seem fiddly and overly complicated. Various companies have been developing e-paper technology for years now, but LG actually unveiled theirs in January of 2010. The flexible 19-inch display is mounted on a flexible foil substrate rather than glass, so it’s just as portable as tablet computers but bendy enough to be rolled up. 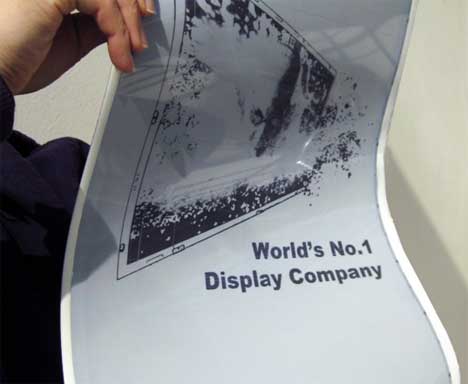 Could this mean the death of the newspaper? On the contrary, this seems like a great way for newspapers to keep up with the digital age; they could charge for subscriptions just as they do with the hard-copy newspaper, but distributing in a digital format would save countless amounts of money for them. It would also cut down on paper consumption, wastewater and carbon emissions.

But will people ever really be comfortable carrying around a newspaper substitute? It worked in Minority Report. In fact, if the e-paper newspapers of the future featured dynamic headlines that updated via wi-fi with every passing minute, the troubled newspaper industry may just be able to work their way back into the daily lives of millions of people.