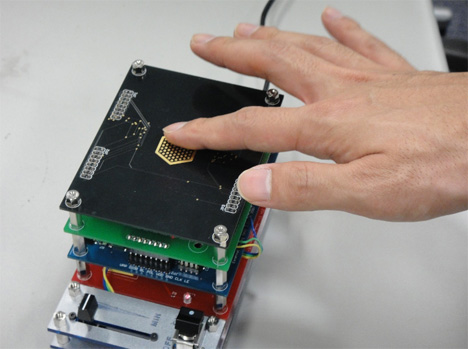 Touch screens have become a huge part of technology design in the last few years. As much as we love controlling all of our gadgets with the touch of a finger, touch screens can take up quite a lot of room. A group of researchers at the University of Electro-Communications is researching something called the sliding illusion which could help fit touch screen-like input devices into small spaces. 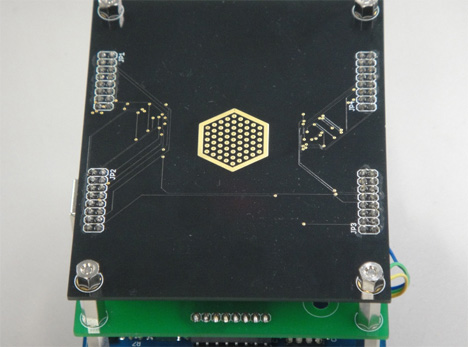 When a user touches a special surface and exerts force in any direction, the surface exerts an electrical stimulus in the opposite direction. Although the user’s finger isn’t moving, it feels like it is sliding across a touch screen.

The location-based touch screen navigation that we know and love would remain relatively unchanged other than the fact that our fingers are staying in one spot. The researchers have not yet built the technology into a working device that accepts data input. They are concentrating on creating a realistic sliding sensation that will let a touch-based input device fit into a tiny space on just about any gadget.

See more in Computers or under Gadgets. June, 2011.