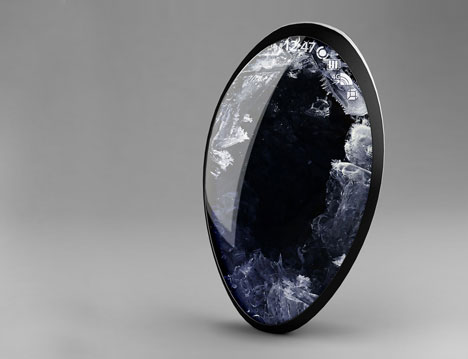 Everybody’s looking for the perfect cell phone: one that strikes the balance between functionality, form and fun. This conceptual design mixes all of those, and it throws in a fair amount of fantasy as well. The Magic Stone Phone from Aleksandr Mukomelov would come in any shape and color, and that’s only the beginning of the fantastical features. 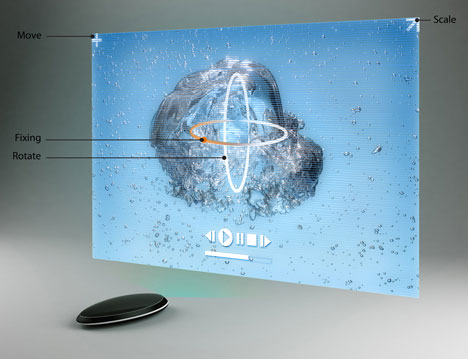 The large holographic projector works with lasers to project maps, lasers, books, a virtual keyboard and just about anything else you can imagine. The phone also has a touch screen, making it simple to control the phone’s interior functions. 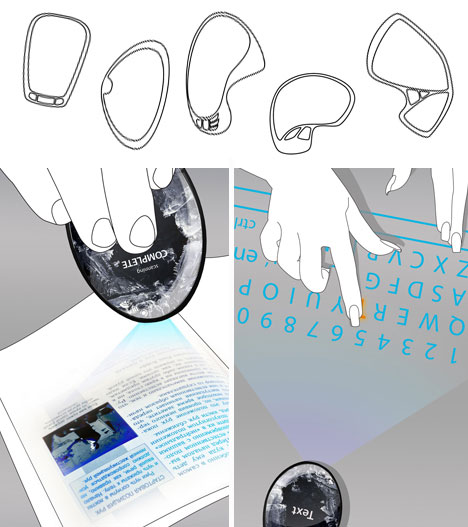 One of the coolest functions of this conceptual phone is its ease of charging: it’s coated in a “nano material” that allows it to charge via sunlight or ambient electromagnetic fields. Whether or not the far-reaching awesomeness of this concept is possible right now is debatable, but it doesn’t seem impossible for the long run. Rapid prototyping and small-batch production runs will make the customizable shapes possible, while advances in laser technology will make the other functions affordable for cell phones in the near future.