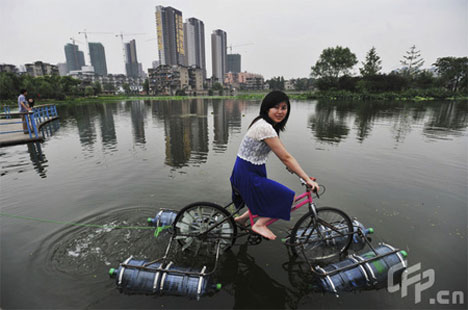 If the environmentalists are right and the world ends up covered in water within the next few decades, this might be the most handy vehicle to have around. Constructed by intrepid Chinese DIYer Li Jin, the amphibious bicycle works on both land and water, making it ideal for getting around in a future Waterworld. 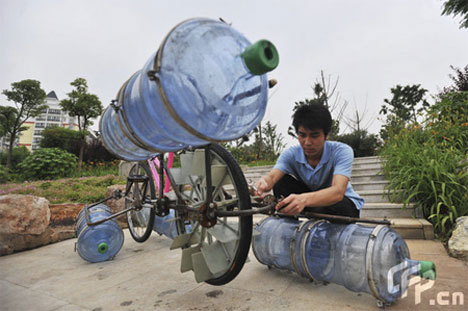 The modded bike uses eight empty water jugs to help it float, making a sort of pontoon that’s propelled by adjustable vane wheels. When the rider is across the water and ready to ride on dry land again, the jugs simply flip up and out of the way, and the bike functions like normal. 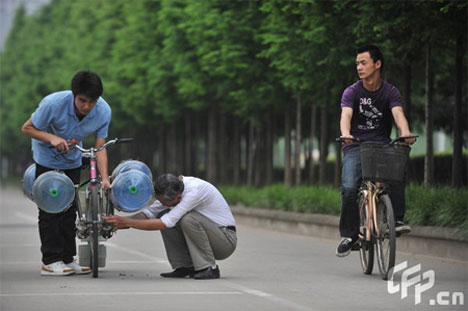 The project is not only a creative way to get around through various conditions; it’s also a cool way to recycle those empty water jugs. This version, made in Hubei Province, China, is similar to the pontoon bikes rented by vacationers at beaches everywhere. But unlike those pontoon bikes, this amphibious version can ride across the lake and then keep right on going when it reaches the shore.

See more in Bikes & Cycles or under Transportation. May, 2010.