Dental work hasn’t always been the safe, well-planned, well-medicated endeavor it is today. Dental tools of previous eras were often terrifying, but today they are almost beautiful in their antique sophistication. 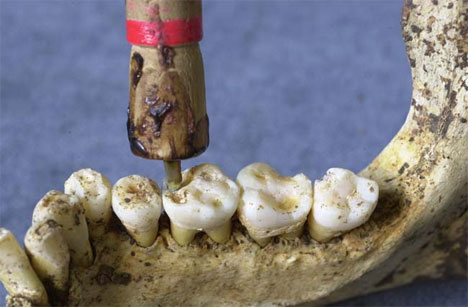 This is a recreation of one of the oldest known dental drills. The Stone Age tool featured a flint tip and was used to fix diseased teeth ravaged by infection or decay. The device was used well before the advent of dental anesthetic, though, and would have been excruciatingly painful. 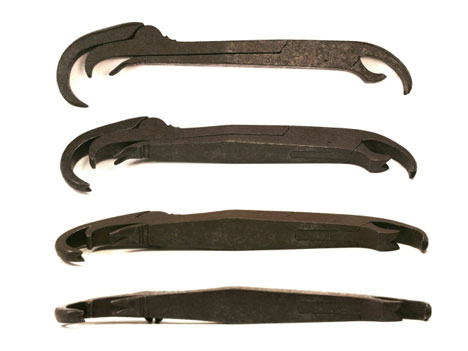 Dental tools quickly gained a degree of sophistication, as this 17th century example shows. This is a rare combination elevator and forceps, also known as a “Douglas Lever.” The multiple views in the above image show many aspects of the surprisingly well-crafted tool. 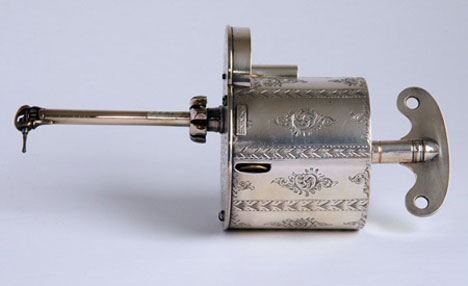 While diseased teeth were once simply extracted, advanced dental drills made it possible to fix the damage instead. This beautiful engraved device is an early example of a clockwork drill; it was the first drill that could rotate continuously to remove damage from a tooth, though after being wound it only ran for about two minutes. 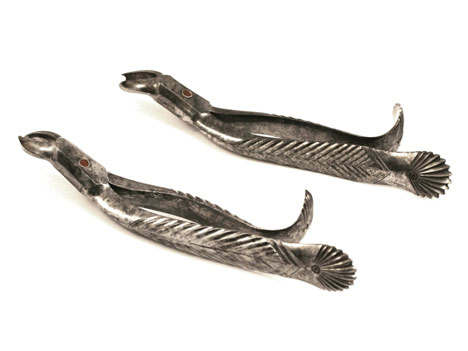 You might be alarmed to see a dentist coming at your mouth with a bejeweled set of dental tools today, but in the 1800s it was common to see tools set with jewels or ivory. This beautifully ornate set of dental forceps features rubies in the pivots and complex engraving in the metal. 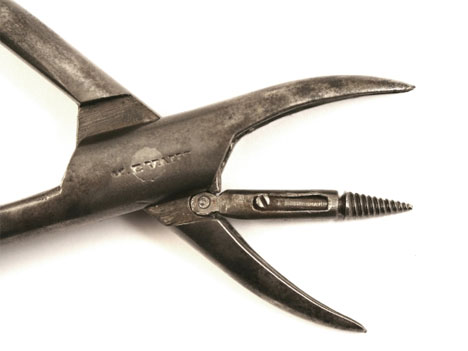 Perhaps less beautiful, but certainly more fascinating, is this Civil War-era set of dental forceps. The drill in the center telescoped to work on the root of the tooth being extracted. Patients on whom this tool was used had to be brave, since as of the time it was used dental anesthetic still hadn’t been popularized.