10,000+ Subscribers
Death of Bus Stops? Take a Superfast Ride in the Superbus 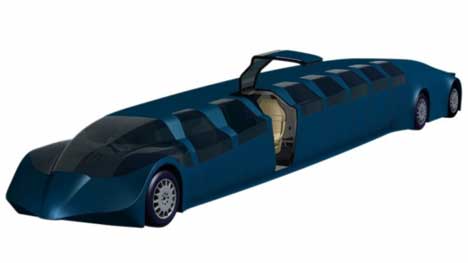 Although riding the bus is more eco-friendly than every person driving a personal vehicle, public transportation has never been accused of being the most stylish, attractive way to get from one place to another. That might soon change with the aptly-named Superbus. Created by a team at Delft University of Technology in the Netherlands, this crazy-looking vehicle is not, as one might assume, a stretch limo; it’s actually an Earth-friendly, scarily fast way to get to work.

Rather than running on a set schedule and making people wait at a central bus stop, the Superbus would take orders for pickups via the internet and SMS. To reduce pollution and increase fuel economy, the bus’ navigational program would try to combine trips whenever possible for riders who live near each other. Even with all this personalization, the Suberbus’ creators don’t expect fares to be any more expensive than current public bus fares. 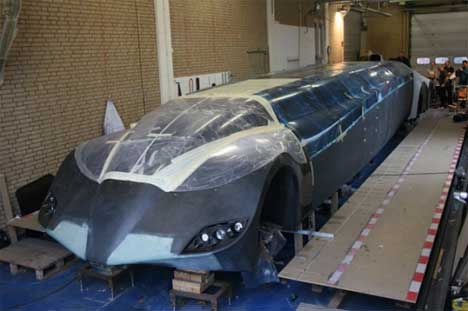 With a name like Superbus, though, this thing will have to bring more than just on-time, front-door pickup, right? Well, it seems to have just about everything you’d want in a hipper, more attractive version of the much-maligned public bus. The vehicle can adjust its ground clearance to offer a smooth ride on city streets and a fast ride (up to 155 MPH) on the planned dedicated “Supertrack.” Sophisticated safety features include radar detection of obstacles and onboard sensors to tell the driver if everyone in the passenger compartment is buckled up.

The passenger compartment sounds much cooler than the standard bus, too. There are three compartments behind the cockpit, all separated with glass partitions. The first compartment features forward-facing seats while the rear compartments both feature inward-facing seats with conference tables in between. And maybe best of all is the inclusion of 16 gull wing doors for entrance and exit. The project has been in progress for quite a while now, and it’s already moved past the road test stages and into prototype testing. We probably won’t see these bad boys on the streets for a few years, but it will be well worth the wait the first time you step through those gull wing doors and into public transport luxury.

See more in Mass Transit or under Transportation. April, 2010.