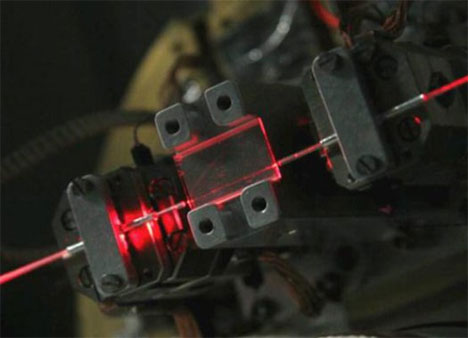 We have known for quite some time that quantum storage and quantum communication could vastly improve our current communications technology, but it’s not an easy pursuit. Getting photons to do what we want them to do is even harder than you might expect, so until now quantum communication has been more or less an exercise in educated guessing. Lately, researchers at the University of Calgary along with partners at the German University of Paderborn have been pushing quantum networks closer and closer to reality. They figured out that by “doping” a lithium niobate crystal with rare earth ions and chilling it to -454 Fahrenheit, the crystals can store and retrieve information in entangled photons. It’s quantum memory, the first step toward super-fast and super-secure quantum computers. 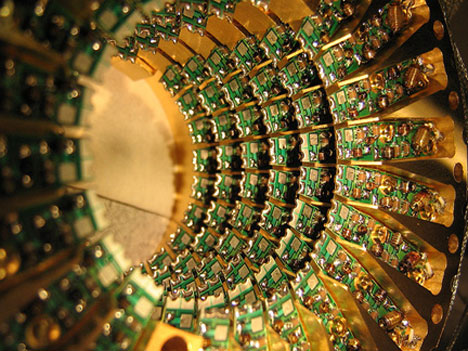 Quantum computers make use of that “freaky” quantum phenomenon of entanglement, a fundamental connection between two or more photons that means whatever changes happen to one happen to all other entangled photons. In this study, researchers used the precisely-tuned crystals to produce entangled copies of photons. The crystals and the information-containing photons can be stored and retrieved at will, much in the way that bytes of information are stored in a conventional computer. In other words, information is more or less being stored on a crystal, making quantum networks seem nearly within our reach at last. Similar results were found in a separate study at the University of Geneva, suggesting that the teams are onto something provable.

See more in Quantum Leaps or under Science. January, 2011.